In Search of Succour for Nigerian pilgrims— 3mins read 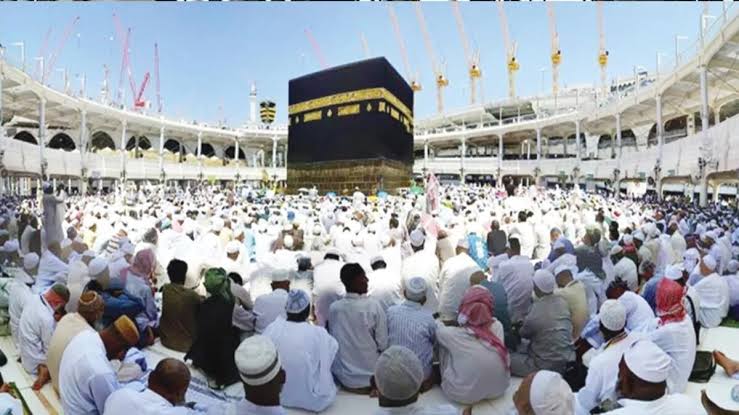 The narrative of this year’s Hajj has started to be written with the inauguration of the 4th Board of the National Hajj Commission of Nigeria (NAHCON), on the 13th February 2020. Paradoxically the event steeped in history as it marked the 44th anniversary of the assassination of Nigeria’s late Head of State, General Murtala Ramat Mohammed in a bloody coup detat in 1976.

The 16-member board inauguration has been repeatedly delayed due to the Senate ‘s December recess and administration of the letter of appointment from the office of the Secretary to the Government of the Federation (OSGF).

Alh Zikrullah Kunle Hassan led board has since its inauguration got off the mark. It has left no one in doubt about its policy direction in which he expects to leave an indelible positive mark like its two predecessors.

Giving a clue of his intention, the Chairman /CEO, Alhaji Hassan, during his confirmation hearing on the floor of the Senate ‘s Foreign Affairs Commmittee stated that his main focus if confirmed would be on how to bring down the cost of Hajj Fare to make it more affordable and accessible for the majority of Muslim ummah. He also sang the same hymn sheet in his speech during the Hand over ceremony from his predecessor, Barrister Abdullahi Mukhtar Muhammad, MON, FCIA that his management board will give greater energy to pursuit of a consistent reduction of the Hajj Fare beginning from this year.”We have always understood that when times change, so must we, that the new time requires new response to new challenges.” .. So we must harness new ideas to make and reduce the cost of Hajj, so that we can empower and enable the majority of the Muslim faithful to hearken to the divine obligation and call. It is indeed imperative and important for us to thread this path. It is a hard choice we have to make. ”

” I understand that the path towards achieving this feat will be long and may be difficult, but we cannot resist this transition. We must and I’m ready to lead it “, he added.

This was a good music to the ear of many Nigerian Muslims especially against the backdrop of revolving doors of spiral fare increment every year.It should be noted that for some years now, the issue of sky rocketing cost of Hajj has become a l toxic matter of controversy in which majority of contributors often pass a negative verdict on the Commission, even though most of the components of the fare are fixed by the Saudi Authorities.

But the new board is determined to plot a route past the wall. In the quest to achieve this objective, the Chairman /CEO, Alh Zikrullah Kunle Hassan and his Executive members is on the wheel with the representatives of the Presidency National Assembly and officials of the State pilgrims welfare boards, agencies and commissions to Saudi Arabia with a view to persuade the Saudi Service Providers to bring down the cost their services. This may seem a herculean task especially against the backdrop of the fact that the former board had signed a Memorandum of Understanding (MOU) with some of the providers as early as December 2019 and in some cases initial payments already made.

Notwithstanding, Alh Hassan believed that if an outright reduction couldn’t be achieve this time, at least a statement of intent and signal would have been made that it wouldn’t be business as usual. According to him, with a bit of consistency, they would be able to persuade the providers to slash some of the cost.

Giving v further ent to his inaugural speech, Alh Hassan while performing his first assignment at the helm restated his commitment to bring down the cost of Hajj which form part of his promise.

According to him, I don’t want to be seen as making campaign promises like the politicians. We are resolute that the current Hajj Fare has to come down. It is the expectation of the Muslim Ummah. While I won’t deceive myself that that it won’t be easy, I’m also optimistic and determined to achieve that without comprising the standard and quality of services ”

Our focus is to get good price. We aren’t going to take last year’s price.

Another goal being pursued by by the new l NAHCON board is the issue of the number of days spent by pilgrims in Saudi Arabia and hours spent at various departure centre’s in Nigeria and the Jeddah Airport. For sometimes the number of days spent by pilgrims range between 35 and 40 days. Indeed this has become an asterisks in the storied tenure of the Commission. The new board has said it would find a breakthrough and plot a route pass it. Perhaps, the moment might simply have arrived

The reduction in the number of days is expected to also slash the cost of feeding pilgrims during the duration of the Hajj exercise.

But these goals and other lofty dreams cannot be accomplished or brought into reality for the Muslim ummah without the team bonding of the management of the commission as well as the stakeholders in the Hajj industry in the country. This much was emphasized at the inauguration of the members of the. Accommodation and Catering services Inspection Team to Saudi Arabia where he appealled to the staff to be wary of being tempted to compromise the intention of the Board.

According to him, many temptations will come your way but I plead that you do not give him to this else we would have betrayed the trust placed in us by the pilgrims. Each and every one of us must be committed to achieve this. I know that with sincerity and commitment from all of us, we shall achieve that goal.

Ubandawaki is of the Information and Publication Division of NAHCON