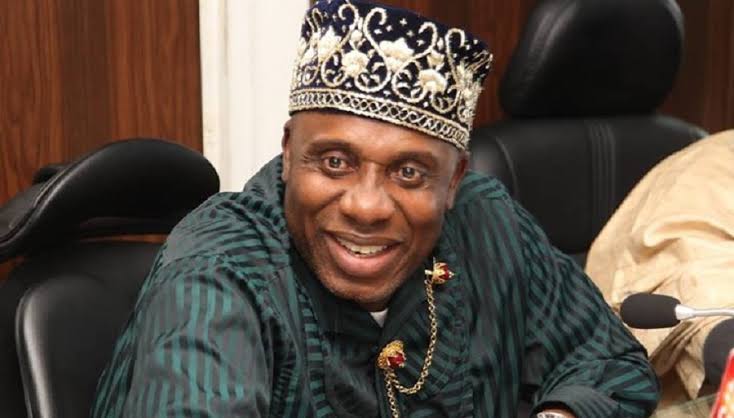 Amaechi was reacting to insinuations that the project was a misplaced priority given Nigeria’s economic challenges.

In an exclusive interview with Vanguard Newspaper, published on Tuesday, November 22, the former minister said Buhari’s administration met the design by his predecessor and implemented it.

Insecurity: Under Buhari, 80,900 Nigerians in Sokoto flee to Niger Republic in 3 months – Report

“We met the design and had to follow it up by implementing it. So what is the misplaced priority here when we have an agreement with ECOWAS and they expect Nigeria as a country to do the railroad up to the Niger Republic? How can it be misplaced?”

The former minister further explained that the said rail project is ” just 45 kilometres into the Niger Republic”.

“Even if we cut off the 45 kilometres, are they saying that we shouldn’t do rail projects in other parts of Nigeria? Assume the route is no longer Kano-Maradi but Kano-Jibia because Jibia is in Nigeria, is it wrong to build rail from Kano to Jibia? It is only from Jibia to Maradi that there are 45 kilometres”, he said.

Amaechi added that the rail project would facilitate trade which he said was a big issue in the African continent.

“What those Nigerians who feel the rail project to Niger is a waste should ask themselves is why all the other neighbouring landlocked countries use Togo, Benin Republic, Ghana, and Ivory Coast and not Nigeria?

“This is because there are many customs and police checkpoints, as well as criminal checkpoints and other setbacks that they carefully avoid. And so the cost of doing business has become very high, and our ports are not able to compete with those of ordinary Benin Republic.