Judges and police are the highest bribe takers in Nigeria, NBS study reveals 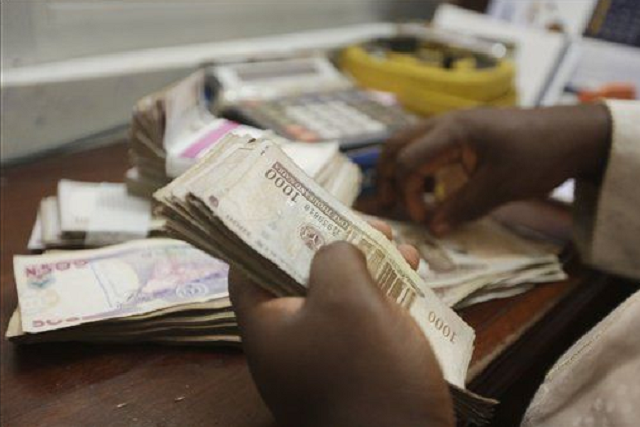 A survey by the National Bureau of Statistics (NBS) has indicted “law enforcement agents such as the police and judiciary workers such as judges and magistrates” as the highest takers of bribe in Nigeria.

It also indicates that 32.3 percent of Nigerians had to pay some form of bribe to public officials between June 2015 and May 2016.

According to the survey, released late Wednesday, a total of N400 billion was received in bribes by public officials within the period in review.

“With such a large portion of public officials initiating bribes, which are paid upfront, it seems that many public officials show little hesitation in asking for a kickback to carry out their duty and that bribery is an established part of the administrative procedure in Nigeria,” the report read.

“This sum is equivalent to 39 per cent of the combined federal and state education budgets in 2016. The average sum paid as a cash bribe in Nigeria is approximately N5,300, which is equivalent to $61 – PPP.

“This means that every time a Nigerian pays a cash bribe, he or she spends an average of 28.2 per cent of the average monthly salary of N18,900.”

The survey also showed that almost 70 per cent of the bribes were paid before any service was rendered. It also added that though money is the most important form of bribe payment in Nigeria, there are other forms including “provision of food and drink, the handing over of valuables or the exchange of another service or favour”.

Majority of the bribes were paid “to speed up or finalise an administrative procedure that might otherwise be delayed for a long period or even indefinitely”; the second largest proportion of bribes is paid “to avoid a fine through frequent encounters with police”, while 13 per cent of the bribes are paid “to avoid the cancellation of public utility services”.

According to the report “law enforcement agents such as the police and judiciary workers such as judges and magistrates were the highest takers of bribe in Nigeria”.

“Although fewer people come into contact with judiciary officials than with police officers over the course of the year, when they do, the risk of bribery is considerable: at 33 per cent, the prevalence of bribery in relation to prosecutors is the second highest, closely followed by judges and magistrates.”