Leadership will easily get to the Igbo after Buhari, says Okorocha 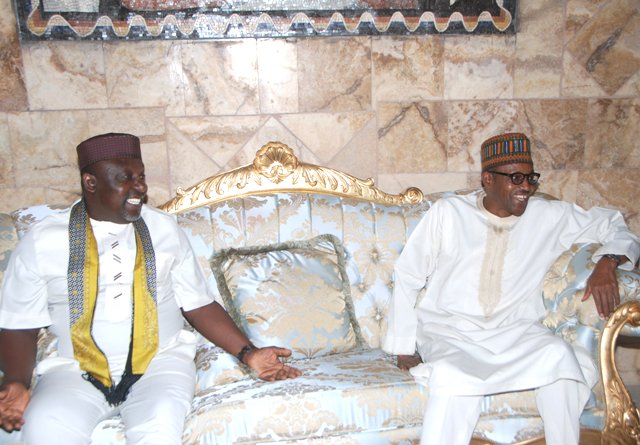 Rochas Okorocha, Governor of Imo State, says it is highly likely that the leadership of the country will easily get to the Igbo after President Muhammadu Buhari must have completed his tenure in 2023.

Speaking to members of the Rochas Mandate Movement, who held a solidarity rally in support of his policies and projects, Okorocha maintained that his administration had recorded great achievements, especially by bringing heads of states of several African countries to Imo.

Okorocha also denied that his administration had been a family affair, explaining that the people who are now being referred to as members of his family are people who grew into prominence under his guidance.

“My coming as a leader in Imo State was by your efforts. No big political bigwig supported me and in my stride, I have brought sitting heads of states of other countries to Imo State.

“As it stands, come 2019, I’m contesting for nothing. But in my heart, I have searched out and resolved that one man has good thoughts about Nigeria in his heart. Secondly, the possibility that leadership will easily get to the Igbo after him. That man is President Muhammadu Buhari.

“There are more than 4,000 children who have gone to University through Rochas Foundation and more than 15,000 of such children are also in the various colleges of the Foundation and when some of them graduate, they chose to be with me and I cannot afford to say no to them.

“If any of such children becomes anything under me, they would say he or she is a member of Rochas Family and I don’t deny that since my ambition in life is to see people grow through me.

The Imo State House of Assembly has already unanimously endorsed Uche Nwosu, who is married to Okorocha’s daughter, as the one to become Imo State Governor in 2019.

Throwing $1bn to those throwing bombs will not work, says Shehu Sani