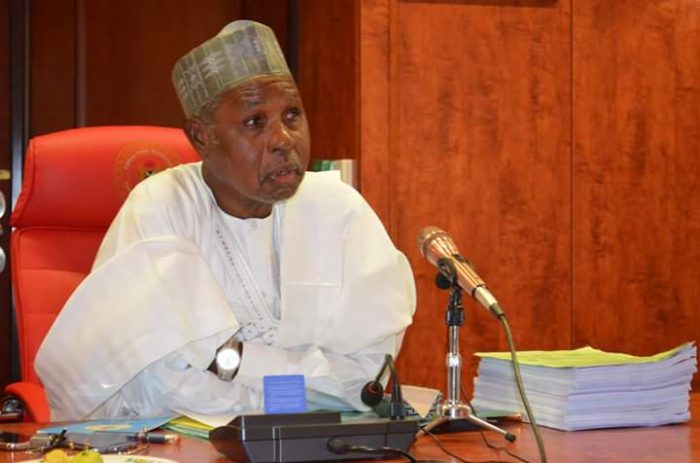 AMINU Masari, Governor of Katsina State has disclosed that  just 30 policemen were deployed to provide security for one hundred villages in the state.

Speaking at  this year’s Chief of Air Staff Eid-el-Kabir luncheon with troops of Operation Hadarin Daji and that of 213 Forward Operating Base, Masari stated urgent actions must be taken to wipe out bandits from the state and the entire North West Zone.

“Even if the bandits were wiped out by the military, another generation of criminal elements would quickly take their place in the absence of adequate policing,” the governor said.

While lamenting that “the bandits are intertwined within the communities, which makes it difficult for the Nigeria Air Force or the Army to distinguish them from the locals in order to conduct offensive operations devoid of collateral damage, he said “the locals must stop giving support, information or safe havens to these criminals.”

The governor noted the security challenges in the state were definitely surmountable with the right kind of support from the general public.

He disclosed that the state was looking at reviewing existing laws on community policing to give power to village heads and local authorities and supporting current police efforts to improve the security situation in the state.

Masari  reiterated his call on the Federal Government and the troops to quickly put an end to banditry and other crimes in the North West zone of Nigeria.

The Governor also warned that further  delay  may lead to the replication of the situation being experienced in the North-East zone, adding that without calculated and urgent efforts to quickly tackle the bandits, the task could be more difficult.

“We have seen some traces that are alarming and frightening at the same time that we need to tackle before the North West become another threat  like North East,” Masari said.

He commended the Nigerian Air Force over its role in addressing security challenges in Katsina and other states in the North-West.

Also addressing the troops at the event, Sadik Abubakar, the Chief of Air Staff, assured the troops that the force would continue to provide every necessary tools needed to combat insurgency.

“For the serving gallant personnel that you’re, we will continue to provide the necessary tools to enhance your precise and effective prosecution of operations,” the Chief of Air Staff said.

“Recently, I also convened a committee to review improving the development and employment of the NAF Special Operations Force-panthers. All these are aimed at keeping you motive to be the excellent lethal force that NAF has become.”

Group calls for probe into cause of NAF pilot’s death