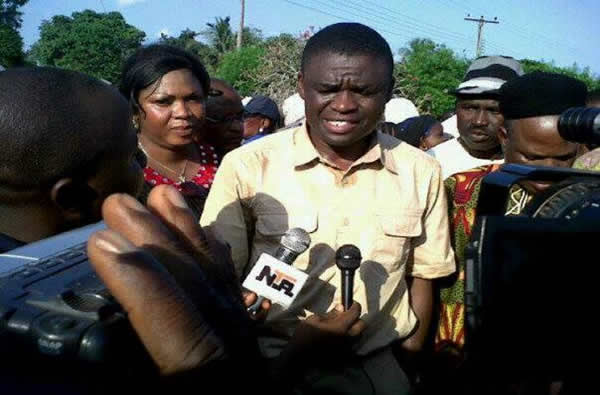 The Independent Corrupt Practices and Other Related Offences Commission, ICPC, Tuesday charged the majority leader of the Edo State House of Assembly, Philip Shaibu, to court for allegedly forging the tax clearance papers with which he secured re-election in 2011.

The All Progressives Congress, APC, legislator representing Etsako West Constituency II was docked on a six-count charge bothering on forgery and making false statements, contrary to Section 25 (1) (a) and punishable under Section 25 (1) (b) of the Corrupt Practices and Other Related Offences Act.

Reading of the charges and plea by the accused were however deferred to April 14, 2014, to enable his counsel, Ken Mozia, respond to his bail application.

Counsel to ICPC, Igbadume Godson, had argued that the bail application should be heard along with the charges, adding that effort to serve Shaibu proved abortive, hence the delay.

However, the trial Judge, Justice Esther Edigin, adjourned the case to April 14, 2014, to enable counsel to the accuse to respond to the charges and reply to the bail application.

Photojournalists Molested For Covering Inferno At CBN Building In Lagos