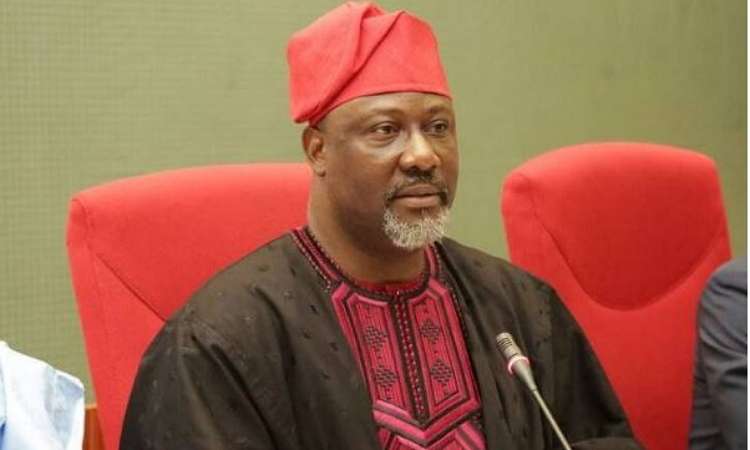 Dino Melaye, senator representing Kogi West at the National Assembly, may face up to one year in prison for providing false information to the Police.

The office of the Attorney General of the Federation has filed a lawsuit against the controversial lawmaker over a false allegation he allegedly made against Edward David, Chief of Staff to Yahaya Bello, the Governor of Kogi State.

Melaye had lodged a complaint with the Police that David sent assassins after him in April 2017 but he escaped by the skin of his teeth.

In the charge sheet dated, January 31 and seen by PUNCH, the Police said its investigations revealed that Melaye’s allegations against David were entirely false, an action that is contrary to sections 140 and 393 of the Penal Code Law.

Meanwhile, Section 393 states: Whoever, except as hereinafter excepted, by words either spoken
or reproduced by mechanical means or intended to be read or by signs or by visible representations makes or publishes any false statement of fact, intending to harm or knowing or having reason to believe that such false statement of fact will harm the reputation of any person or class of persons or of the Government of the Federation or of any local authority in the Federal Capital Territory, Abuja shall be punished with imprisonment for a term which may extend to two years or with fine or with both.

This new development is particularly puzzling, given that on April 29, 2017, the Police paraded six suspects who were arrested in connection with the purported assassination attempt on Melaye.

According to Jimoh Moshood, the Police Public Relations Officer, the arrested persons included a sole administrator of one of the local government areas of Kogi State.