Melaye on withdrawal of police from VIPs: The IGP wants me dead 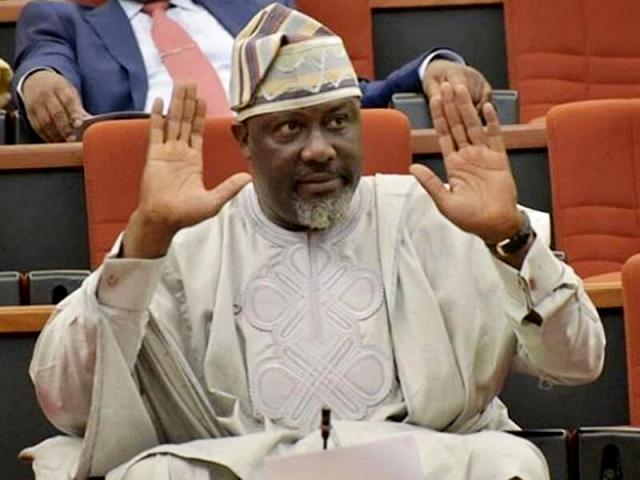 Dino Melaye, the senator representing Kogi West at the National Assembly, says the order by Ibrahim Idris, Inspector General of Police, for immediate withdrawal of police escorts attached to private individuals, was targeted at him.

Melaye, Chairman of the Senate Committee on the FCT, said this via his Twitter handle on Monday evening.

He said that having survived assassination attempts twice, he deserves special police protection “in a country where I am a tax payer”.

Withdrawal of police from VIP I am the target. IG want to expose me so I can be killed. Having survived Assassination attempt twice I deserve police protection in a country where I’m a tax payer.

Melaye was recently arraigned before the Federal High Court, Abuja, by the office of the Attorney-General of Federation for allegedly providing false information to the Nigerian Police.

According to the suit, Melaye falsely informed the police that he had survived an attempt on his life by assassins sent by Edward David, Chie of Staff to Yahaya Bello, Governor of Kogi State.

This is in spite of the fact that days after Melaye made the claims, Jimoh Moshood, spokesman of the Police, paraded six suspects whom he said were arrested in connection with the failed assassination attempt.

Melaye pleaded not guilty to the charges and was granted bail in the sum of N100,000 and one surety in like sum.

The case was adjourned to May 16 and 17 for continuation of hearing.