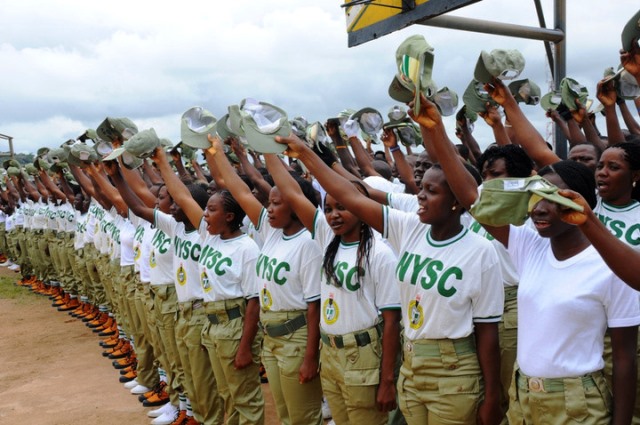 NIGERIANS have expressed mixed reactions over a bill sponsored at the House of Representative to scrap the National Youth Service Corps (NYSC) scheme.

The bill, which was sponsored by a House member representing Andoni/Opobo/Nkoro constituency Awaji-Inombek Abiante, is scheduled to go through second reading.

According to Abiante, the move to scrap the scheme was borne out of the state of insecurity in Nigeria and the rate of unemployment.

The bill argued that due to insecurity across the country, the NYSC management now gave considerations to posting corps members to their geopolitical zone, thereby defeating one of the objectives for setting up the scheme.

However, the bill has met divergent reactions from many Nigerians, some of whom disagreed with the provisions of the bill.  There were equally others who agreed that the scheme should be scrapped.

A Nigerian Twitter user, identified as The_bearded_Dr_Sina @the_beardedsina, supported the provisions of the bill due to the attitudes of some public and private establishments towards corps members.

“I’m so glad they are thinking about scraping NYSC. Just watch the way some wicked businesses, companies and establishments will collapse. Some of these inhumane people will only hire corps members because they don’t want to pay a sensible salary,” Sina said.

Another user,  identified as Docneto, said he also felt that the scheme should be discontinued due to waste of the country’s revenue.

“Ah! I will be so happy if NYSC is discontinued. It’s such a colossal waste of resources. Take all that money and put it into primary and secondary/ vocational education. Won’t hold my breath though. So many entrenched interests benefiting from the scheme,” Neto noted.

Taking the same position as many others, including the sponsor of the bill, a social media user Mr Promise @MisterPromise joined the call, arguing that the service year should be used to acquire skills.

“Going to NYSC is just wasting of a one full year from your life, it’s better you use that 1 year and learn a skill you can earn from #nysc,” Promise argued.

However, many other Nigerians disagreed with the contents of the bill, arguing that the NYSC was an instrument set up to aid national cohesion and provide skills for youths before employment.

TopBoy @blueetin noted that if it was not for the NYSC scheme, many Nigerians would never visit other parts of the country.

Like Topboy, Pelumi @C_Onyedinma, also said the scheme should not be scrapped but maintained that it should be reviewed and restructured.

“I think NYSC should be redeveloped into regional human development programme, where graduate will be trained and mentored for a year on developing solutions to their regions problems,” Pelumi noted.

T kay Oseleye @osee80 also supported the call for restructuring of the NYSC, adding that after the three-week camp, the remainder of the scheme should be spent on vocational training.

“I served in Akwa Ibom 2008 Batch B. I won’t really support scrapping NYSC but restructuring it. Let there be a compulsory 3wks orientation camp…for the remaining years to be sent for vocation training. The will help a corper (corps member) to stand on its own after a year NYSC program,” Oseleye noted.

The scheme was established on May 22, 1973, after the civil war broke out in Nigeria and threatened the unity of the country.

Chat us on WhatsApp
Advertisement
Previous articlePROFILE: Life and times of 11 military officers killed in Kaduna crash
Next articleKwara Poly students to write exams without tuition