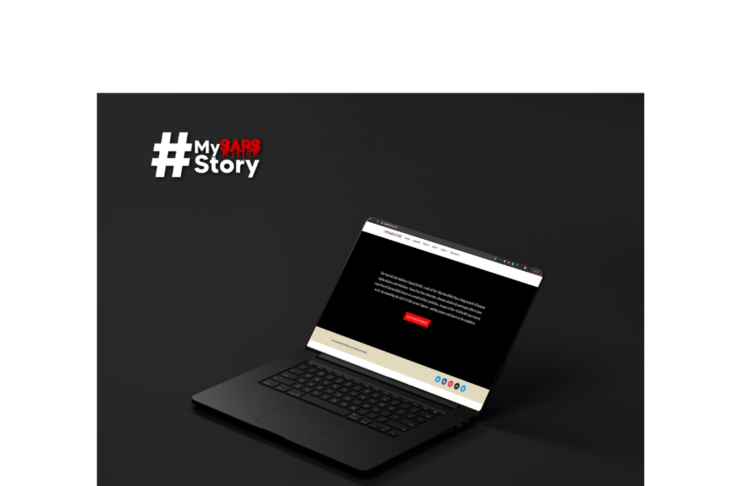 Accused of breaking and entering, up-and-coming musician Temitope Adeyemi received “the beating of my life” at the hands of SARS officers and is now left with ruptured eardrums and shattered dreams.

“SOMEONE pointed at me,” recalls Temitope Adeyemi, “and in a flash, some people grabbed me, calling me a thief.”

Twenty-nine-year-old Temitope, an up-and-coming musician and instrumentalist, was returning from a religious vigil. It was March 24, 2018.

The people who had grabbed Temi Bass, as Temitope is known in music circles, were youth in his area – and they had done so on the instructions of one Samson Ayegboka. Samson´s wife, Funke, had earlier accused Temi Bass of breaking into their home with a firearm and making away with valuables.

“They (the youth) took me to Amikanle Police post, and later to Alagbado police station,” Temi Bass narrates, “and then finally to the Special Anti-Robbery Squad (SARS) office in Ikeja – where I got the beating of my life. They (SARS officers) covered my face, handcuffed my arms and legs, and tortured me all night, hitting my head with blows and with iron.”

When Temi Bass’s mother went to the SARS office to see him, Victor Omoreghe, the officer in charge of his case, demanded N580,000 from her, claiming it was the total value of the range of items her son had been accused of stealing from the Ayegboka household.

“There was no investigation whatsoever,” he explains. “I have never met them (the Ayegbokas) before. They claimed I wore a green shirt, and I didn’t even have a green shirt. They just arrested me, tortured me and asked us (my mother and I) to pay to kill the case. And when we couldn’t, they took me to court for robbery, and I landed in Kirikiri.”

The Lagos State Director for Public Prosecution (DPP) asked that the case be withdrawn from court because it had no evidence to prove that Temi Bass broke into the home of the Ayegbokas. It was Nelson Olaonipekun, team lead of Gavel, a not-for-profit organization fighting against injustice, who got the DPP involved months after Temi Bass was locked up.

“I suffered in prison – every single day for three months,” Temi Bass says. “It was one challenge after the other.”

On his return home, he was battered physically and mentally. He had sustained several head injuries, and his eardrums had been severely damaged.

Concerned about the extent of trauma suffered by Temi Bass, Gavel sued the Nigerian Police for illegal arrest and torture. The judge assigned to the case insisted the court serve both the police and the Ayegbokas.

According to the counsel for Temi Bass, the police have refused to accept the summons, with an excuse that the officer involved cannot be identified. The Ayegbokas, on the other hand, have also not made an appearance in court at the time of this report.

“The police never showed up, so the court keeps adjourning,” the counsel explains. “They keep saying they have disbanded SARS, so they can’t find the officials anymore. The family (Ayegbokas) has also not appeared in court yet, but we have recently heard from their lawyer.”

Meanwhile, counsel to Samson Ayegboka, Segun Fatoki, feels it is ungrateful of Temi Bass to drag his accusers to court after agreeing not to institute a case against him for allegedly burgling them.

“The youth and people in the community prevailed on my clients to drop the case, only for him to come out and sue them,” Fatoki discloses, adding that they are set to face Temi Bass in court during the next hearing.

This story is part of a multimedia project by Tiger Eye Foundation and media partners across Nigeria, documenting police brutality in Nigeria and advocating for police reform.

Chat us on WhatsApp
Advertisement
Previous articleCOVID-19: ICIR reporter wins award as experts harp on sustained reporting
Next articleHow we keep our children, others from HIV – Survivors