… Why we are left out – Nigerian govt 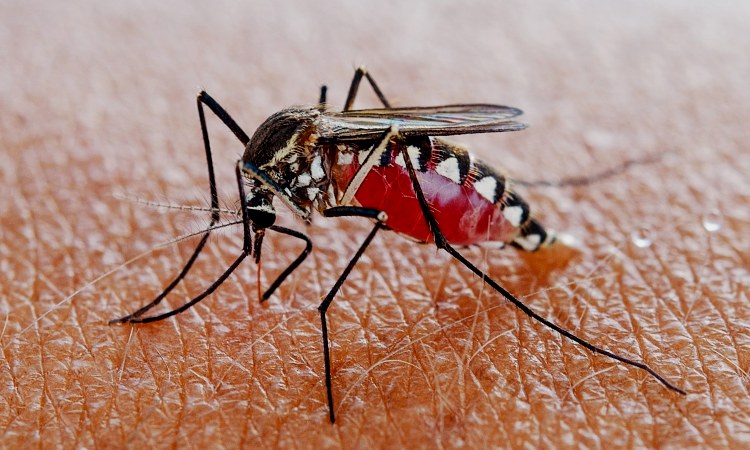 THREE African countries, namely Kenya, Ghana and Malawi, have administered 1.7 million doses of the malaria vaccine RTS, S on their children, but Nigeria, which bears 25 per cent of the disease globally, has not been part of the exercise.

A statement obtained by The ICIR from the World Health Organization website, Wednesday says more than 650,000 children benefitted from the vaccination in the three nations.

According to WHO, there were an estimated 229 million malaria cases and 400,000 deaths worldwide from malaria in 2019.

WHO adds that over 90 per cent of global malaria deaths occur in Africa, killing more than 265 000 children on the continent.

The agency explains that governments of the three African nations where malaria vaccination has been administered made the exercise possible.

The WHO-backed pilot vaccination, which began two years ago, is the world’s first effort to contain the disease through vaccine administration.  Other interventions such as the use of long-lasting treated mosquito nets, approved medicaments, indoor residual spraying are some of the interventions used globally to fight malaria.

WHO says that when global progress in control of the disease has stalled, the protection provided by the vaccine, when added to currently recommended malaria control interventions, can save tens of thousands of lives per year.

Director of the Department of Immunization, Vaccines and Biologicals at WHO, Dr Kate O’Brien,  said Ghana, Kenya and Malawi show that existing childhood vaccination platforms can effectively deliver the malaria vaccine to children, some of whom have not been able to access an insecticide-treated bed net or other malaria prevention measures.

Similarly, Director of the WHO Global Malaria Programme, Dr Pedro Alonso, says in the statement: “Over the last two decades, we have achieved remarkable results with existing malaria control tools, averting more than seven million deaths and 1.5 billion cases of the disease.

“However, progress towards key targets of our global malaria strategy remains off course. To get back on track, new tools are urgently needed – and malaria vaccines must be a critical component of the overall toolkit.”

The agency notes that insights generated by the pilot implementation will inform its recommendation on broader use of the vaccine across sub-Saharan Africa, adding that global advisory bodies for immunization and malaria are expected to convene in October 2021 to review RTS, S data and consider whether to recommend wider use of the vaccine.

RTS, S is the only vaccine that has been shown to reduce malaria in children, including life-threatening severe malaria, related hospital admissions and the need for blood transfusions, which says, adding that the vaccine is currently being piloted in areas of moderate to high malaria transmission where malaria can account for up to 60 per cent of childhood outpatient visits to health facilities.

According to the WHO, the disease is a leading killer of children younger than five years in Kenya, claiming life of one child every two minutes.

Why we are left out – Nigerian govt.

National Coordinator, National Malaria Elimination Programme, Dr Bala Muhammed, informs The ICIR Wednesday that Nigeria is left out because the vaccination is a pilot programme.

He says of the programme: “With the resources available to you, you need to try some places and see whether the vaccine works. It will also give you an idea of its impacts and the investment required. I think very soon; our own quota will come out, Nigeria will also be on board.”

It is conceivable that Nigeria would have been considered among nations where the first pilot was to be carried out considering the prevalence of the disease and fatalities,  but Dr Muhammed says such consideration is not prioritised in the medical field when running a pilot programme.

Also probed further if Nigeria has the resources to carry out the exercise when approved by the WHO and other stakeholders, he said, “Definitely. It’s just like COVID-19; when it came, did Nigeria have the resources to tackle it? The international community will rally around Nigeria. They are very much interested in reducing the burden of malaria.”

In its World Malaria 2019 Report, WHO notes that six countries accounted for more than half of all malaria cases worldwide: Nigeria (25 per cent), the Democratic Republic of the Congo (12 per cent), Uganda (five per cent), and Côte d’Ivoire, Mozambique and Niger (four per cent each). None of the six countries is among the three nations while pilot malaria vaccination has been taking place on the continent.

Similarly, The United State Government says malaria is a major public health problem in Nigeria, accounting for more cases and deaths than any other country in the world.

According to the US, malaria is a risk for 97 per cent of Nigeria’s population.

Endorsement of malaria pioneer vaccine RTS, S by WHO

Announcement of the piloting of vaccine in Africa was made by the WHO regional director for Africa, Dr Matshido, on May 1, 2017. The agency said the ambition marked a historic but realistic moment towards easing the malaria disease burden and saving lives in Africa.

RTS, S is the first malaria vaccine to have completed the phase three clinical trial and obtained a positive scientific opinion from a stringent regulatory authority, the European Medicines Agency, EMA. In seven African countries, trials were conducted in 2009-2014 in seven African countries, including the three that will take the piloting further.

The vaccine was among the 20 candidate vaccines at the time it was launched.