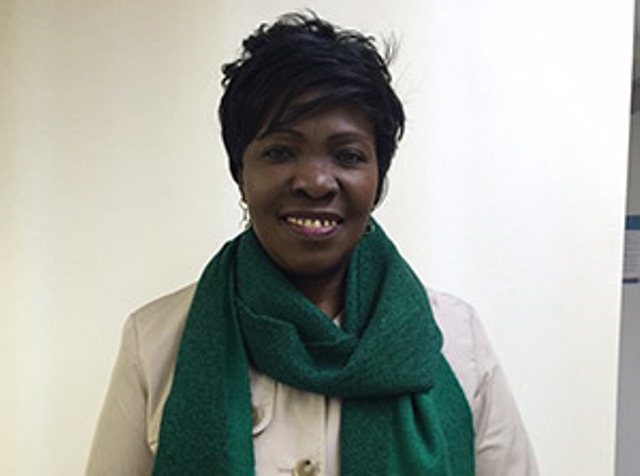 A Nigerian activist, Elizabeth Obueza, who sought asylum in Japan, is reportedly being held in solitary confinement at a detention centre in capital Tokyo for the past two weeks.

Reports have it that the 48-year-old Obueza was detained after her asylum request was rejected.

She is a prominent campaigner for asylum seekers in Japan as well as for the thousands of people who are on “provisional release” from immigration detention.

‘Provisional release’ is a status that allowed  foreigners in Japan to get out of the detention centres but bars them from working and travelling freely in the country.

According to Reuters, Obueza’s case is being seen as efforts by Tokyo to crackdown on foreigners living in the country without valid visas.

Immigration lawyer, Shoichi Ibusuki said that “Elizabeth was targeted and detained for being an activist,” adding that he wants “her released immediately.”

Obueza reportedly said that she Nigeria in 1991 to escape female genital mutilation.

She had applied for asylum in 2011, but since the past 15 days she claimed that she was locked up for more than 22 hours a day, whereas a typical detainee is confined for up to 18 hours a day at the Tokyo Immigration Bureau.

Mitsuru Miyasako, the head of the Provisional Release Association in Japan, a group representing refugees and immigrants said: “Elizabeth is held in solitary because she’s an activist and immigration officials don’t want her causing trouble.

“Locking someone up alone in a tiny room is to ruin them psychologically.”

According to rights groups, lawyers and former detainees, Obueza has helped her fellow detainees navigate the system to find legal help, during her stay at different detention centres.

Miyasako too added that as an activist Obueza has helped detainees write petition to immigration authorities to seek better medical assistance.

The death of a Sri Lankan man in 2014 in a solitary cell reportedly highlighted the lack of medical facilities provided to detainees.

Obueza said isolating her will not stop her from campaigning for the cause. She said when she is let out of her room she goes to other cells to talk to detainees and “advise them”.

“You might think you arrested me, but I think God wants me here to help some other people,” she said of the immigration officials who locked her up.