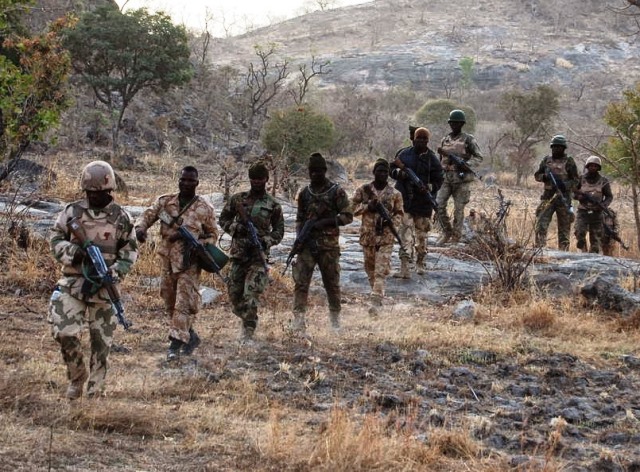 Men and officers of the Nigerian Army have expressed fears of being targets of retaliatory attacks by Boko Haram commanders and fighters recently released by the Nigerian government in a swap deal for 82 Chibok girls.

Although the Nigerian government has denied it, reliable military intelligence sources told icirnigeria.org that 80 Boko Haram fighters and five commanders were released in exchange for the 82 girls released by the insurgency group last week.

The Swizz government and the International Committee of the Red Cross, ICRC, negotiated the prisoners swap deal.

Nigerian Army commanders are said to have been against the swap deal, arguing that it would embolden the insurgents, who would believe that their release can always be negotiated in prisoner swap negotiations.

The army officers are also said to have observed that there was a spike in the attacks by Boko Haram insurgents after the first swap deal that saw 21 Chibok girls released and the setting free of 20 Boko Haram fighters and five commanders.

However, our military intelligence source said that the real reason for the concern in the army is because most of the detained Boko Haram fighters, especially the commanders, were severely tortured by Nigerian soldiers while in detention.

Nigerian soldiers who had lost colleagues in the battlefield, many of them brutally killed by the insurgents, are said to have “mercilessly tortured” the Boko Haram prisoners while in detention.

Others are said to have “seen hell” in detention cells of the Department of state services The fear, therefore, is that some of the insurgents will return on retaliatory or revenge missions against their former captors.

“Our soldiers reason that these commanders and their boys who were tortured while in detention will lead attacks against military formations where they were tortured,” said the source.

“Apart from the fear of these revenge missions, the men genuinely fear that the released fighters and commanders will swell the rank of insurgents and that they will be able to plan and launch even more attacks in the North east,” the source added.

It was learnt that upon learning of his release, one of the Boko haram fighters who had sustained injuries in detention, having been seriously beaten by a soldier, sought out his adversary and promised to come back for him.

A video released by Boko Haram last week appeared to have confirmed the fears of the military.

Spokesman of the group in the video,  Shuaibu Moni, said to be one of the commanders exchanged for the girls, threatened attacks on Abuja.

“More bombs attacks are on the way, including Abuja that you feel is secured,” he said, in Hausa.

Moni, who claimed he was captured by the military in Gombe but now back in Sambisa forest following his release, warned of imminent bombings in Abuja. He said the military’s claim to have captured Sambisa forest was a “big lie”, saying he and his “brothers” were “hale and hearty” in the dreaded forest.

The President Muhammadu Buhari administration had chosen the option of swapping the 82 Chibok school girls with Boko Haram prisoners, over paying ransom to the terrorist group.

Shortly after the swap, Presidential Spokesman, Femi Adesina, had downplayed concern that the Boko Haram insurgents released could compromise the fight against insurgency.

He said the insurgents had been “de-radicalized” by the military and could no longer constitute any security threat.

The military also referred to the video as “propaganda” and urged the public to disregard it.

Director of Defence Information, John Enenche, a Major General, said the military was ready to respond appropriately to any attempt to attack any part of the country.

“It is a normal and usual propaganda machinery of terrorists, but however, if any renegade group wants to come, let them try it, they will get appropriate and commensurate response,” he said.

As at the time of filing this report, Acting President Yemi Osinbajo is reportedly holding a closed-door meeting with the country’s service chiefs at the presidential villa.

The meeting is believed to be in connection to the threat by the Boko Haram terrorists.