Nigerian passport ranked 98th out of 199 countries, below Chad, Niger, others 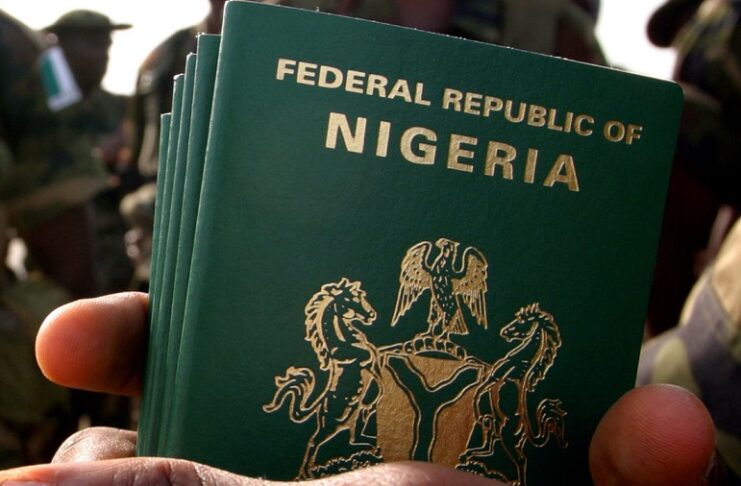 THE Nigerian passport has been ranked 98th out of of 199 countries.

According to the ranking released by Henley & Partners, the Nigerian passport ranked below those of other African countries such as Malawi, Niger, Chad, Zimbabwe, Uganda and The Gambia.

Henley & Partners is a London-based global citizenship and residence advisory firm which publishes its reports quarterly.

It collects exclusive data from the International Air Transport Association (IATA) to arrive at its findings.

The recently published Q1 2022 index cross-examined the passports of 199 countries with 227 travel destinations, and ranked the passports based on global access and mobility.

The passport of each country is scored based on the number of destinations that the holder can access visa-free.

This also applies if passport holders can obtain a visa on arrival, a visitor’s permit, or an electronic travel authority upon entry.

Japan and Singapore topped the ranking with their passports gaining access to 192 countries.

The United States and the United Kingdom ranked seventh while Yemen, Pakistan, Syria, Iraq and Afghanistan are the bottom five.

The Seychelles passport ranked highest in Africa, having visa-free access to 152 countries, while Botswana and Namibia ranked second and third with access to 86 and 78 countries, respectively.

Chat us on WhatsApp
Advertisement
Previous article
2023: We didn’t create directorate of politics to support anybody – RCCG
Next article
Russia-Ukraine conflict: Biden, Blinken, Adeyemo among top US officials sanctioned by Putin