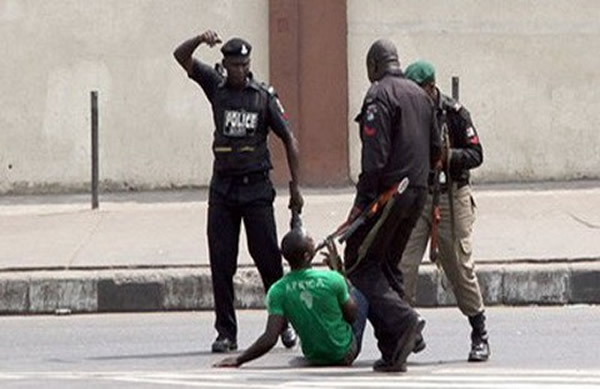 The Nigerian Police has denied the allegations contained in the latest report released by Amnesty International detailing how suspects are tortured employing all types of methods in a bid to extract information from them or force them to accept a false charge.

Part of recommendations in the report are for the federal government to criminalise torture, end solitary confinement and investigate all allegations of human right abuses.

A statement by the Force Public Relations Officer, Emmanuel Ojukwu, an acting Commissioner of Police, said torture has never been a style of the police which operates within the ambit of international best practices, and the dictates of the Nigerian Constitution

“Of a truth, torture or ill-treatment is not, repeat, NOT an official policy of the Nigeria Police. The Code of Conduct of Officers, as well as our Regulations prohibit torture and incivility to members of the public. It is not systemic or endemic,” the Force spokesman said.

Ojukwu said, however, that the Nigeria Police is gender friendly and does not target sex workers or routinely adopt rape as a weapon.

“Instead, the Police has established a family and human trafficking unit to protect the rights of women, children and the vulnerable members of our society,” he said, stressing that the Force has a zero tolerance for corruption and abuse of power.

“There is no immunity for impunity in Nigeria Police Force,” Ojukwu maintained.

According to him, the police and other operators in the criminal justice sector are undergoing systematic reforms and aligning themselves with the demands of democracy.

He said the Police has since improved its operational efficiency and effectiveness and that since the report covered a seven year period of 2007-2014, some of the issues raised have already been dispensed with and settled.

The Police spokedman said notwithstanding, the agency would “meticulously scan through the document, and investigate any current human rights abuses linked to any officer or formation.”

He said any identified and established case of malfeasance or misconduct would be treated in line with laid down laws and regulations.

Ojukwu faulted Amnesty International for not interfacing with the Police authorities during its investigations before publishing its report and urged the organisation to “furnish the Police with specific details of its allegations to enable us reach the ends of justice for the alleged victims, and to improve our service delivery.”