No Nigerian will travel for 2020 hajj, as Saudi restricts entrance to ‘residents only’— 2mins read 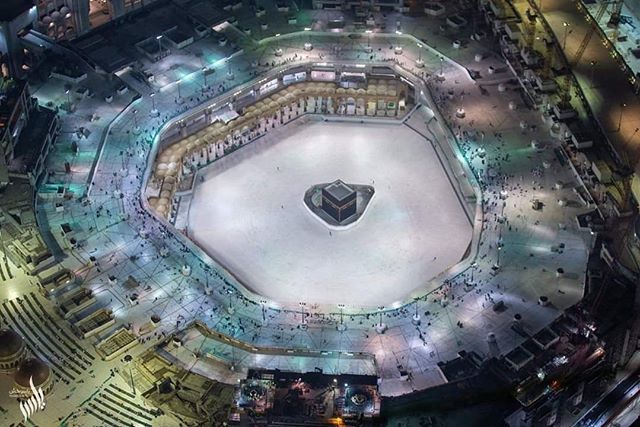 NO Nigerian will travel this year to Saudi Arabia for the annual Hajj exercise, a statement by the Saudi Arabia Ministry of Hajj and Umrah has indicated.

Saudi Arabia on Monday disclosed that it would only allow a very limited number of pilgrims from various nationalities who already reside in the kingdom to perform the Hajj and Umrah rites this year due to the Coronavirus pandemic.

This it said in a statement released on its official Foreign Affairs Twitter page was put in place to curb the spread of the COVID-19, noting that its top priority is to ensure the safety of pilgrims in order for hajj to be performed in a safe manner from public health perspective while observing social distancing protocols.

It further revealed that this decision was advised from the country’s Ministry of Health regarding the continued risks stemming from the pandemic and the lack of any available vaccinations and a cure for those who have been infected around the world, it was necessary to preserve the security of global public health.

The Saudi authorities had earlier suspended the entry of Umrah pilgrims to ensure the safety of pilgrims already at the holy sites, an action it disclosed was as a result of its top priority to always enable Muslims to perform the Hajj and Umrah rites safely.

According to Arab News, Saudi Arabia’s Ministers of Hajj and Heath have assured the safety of pilgrims during Hajj 2020 – announcing guidelines including age restrictions, social distancing measures among others at a press conference held on Tuesday.

Mohammad Benten, Saudi Hajj Minister said the plan for this year’s pilgrimage has been outlined with the Ministry of Health, in accordance with coronavirus precautionary measures.

Tawfiq Al-Rabiah, Saudi Health Minister said the ministry has prepared a hospital in case of emergencies during the pilgrimage.

The number of pilgrims to be allowed to perform Hajj has not yet been finalized, Benten said.

Among the general guidelines announced during the press conference is limiting the pilgrimage to residents and citizens under 65 years old, as well as mandatory coronavirus testing and quarantine.

The National Hajj Commission of Nigeria (NAHCON) has not issued any official statement on this development. When contacted, Fatima Mustapha, spokesperson of the Commission was not available. Calls and SMS to her phone were not answered or replied.

On Saturday, the Commission revealed that it would not comprise the safety of Muslims as it waited for an official decision by the Saudi government on the 2020 hajj exercise.

Abdullahi Magaji, NAHCON Commissioner in charge of Operations, Licensing and Tour assured that the commission that health and safety and health of pilgrims would be highly considered in deciding its participation in the annual pilgrimage as life and health are paramount.

In 2018, the government of Saudi Arabia  approved 95,000 slots for Nigeria pilgrims for 2019 Hajj exercise. The allocation for 2019 indicated that Nigeria maintaine the quota enjoyed in 2018 exercise despite the inability to cover the slot.

Only 1000 pilgrims will perform Hajj this year ― Saudi…