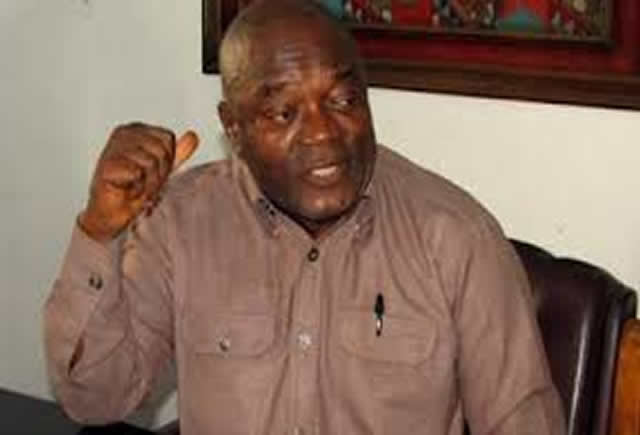 Tony Nyiam, a retired colonel and former member of the presidential advisory committee on national dialogue, has said his resignation was in the interest of a successful National conference.

Nyiam in a letter to President Goodluck Jonathan, dated November 3, 2013, had said he was compelled to opt out of the committee in order not to cause distraction or be used to destabilise the “noble cause” of the conference.

Tracing the issues that led to his resignation back to an encounter with the governor of Edo State, Adams Oshiomhole, in Benin City, Nyiam accused the governor of “insensitiveness to the ethno-nationalities yearning for self-determination.”

He said in his letter: “What became troubling was the governor’s talking down on the people that gathered, among whom were former governors, senators, retired armed forces generals and judges.”

Nyiam, in a meeting between the Femi Okurounmu-led committee and stakeholders in Edo state, had expressed great resentment for Oshiomhole’s comments that the proposed national conference would end up in the archives like the previous ones held and was therefore of no use.

“I will be surprised if anything changes. Sincerely, I have no business to deceive or mislead anyone. I believe that the outcome of this conference will not be different from that of other conferences we have had in the past,” Oshiomhole said.

The debate led to a heated argument between supporters of both sides and the abrupt end of the meeting.

Defending his position, Nyiam said it was imperative for him to set the record straight so that “evil propagandists bent on derailing the dialogue train would stop fabricating based on ill motives.”

The governor in turn, perceived Nyiam’s reaction as having no regard for constituted authorities, adding that “he might still be hallucinating, thinking he is an Army officer who must be obeyed.”

While thanking the President for giving him the opportunity to serve Nigeria, Nyiam said one of the useful lessons of the Benin incident was that some Nigerian leaders needed to know that they could not continue to use their privileged positions to confuse citizens and present their personal agenda as patriotism.

He however apologised to those who might feel offended by his over-reaction on the matter and promised to continue to assist the committee to achieve its aim.

“I will be leaving the committee, believing that equity, fairness and justice will continue to be guiding principles of its deliberations. Like all Nigerians, I look forward to the report and will continue to believe that a better and greater Nigeria is possible,” he said.

Meanwhile, President Jonathan has approved the appointment of Solomon Asemota as Nyiam’s replacement on the Presidential Advisory Committee on National Dialogue.

This is according to a statement signed by Sam Nwaobasi, the special assistant on Media to the Secretary to the Government of the Federation, Pius Anyim.

The statement said that Asemota would assume duties with the committee on Wednesday.