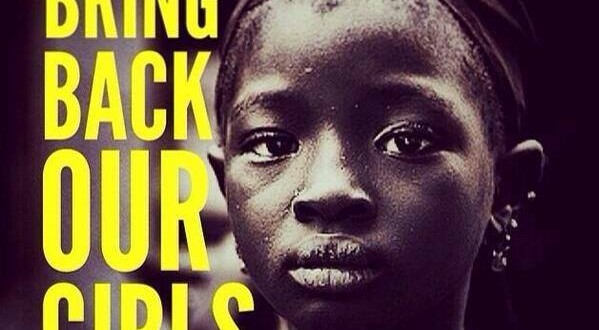 Some transparency advocacy groups in Nigeria have raised queries over a $1.5 million public relations contract awarded to an American firm to burnish the image of the Goodluck Jonathan administration and help muster international support for the fight against terrorism in the country.

The contract was awarded by the News Agency of Nigeria, the nation’s official wire service, in June this year to Levick Strategic Communications, a Washington – based public relations for an amount in excess of $1.5 million.

According to the contract document, a copy of which is in the possession of the icirnigeria.org, part of Levick’s brief is to provide “government affairs and communication counsel” to shape international and local media perception about the Nigeria government’s efforts to rescue the more than 200 girls from Chibok, Borno State, kidnapped by Boko Haram insurgents in April.

Another mandates of the firm is to give advice that would help “the Government’s effort to mobilize international support in fighting Boko Haram as part of the global war on terror.”

Finally, Levick is also to provide Nigeria advice that would help in “communicating the President Goodluck Jonathan’s administration’s past, present and future priority to foster transparency, democracy and the rule of law throughout Nigeria.”

However, three civil society organisations, the Public and Private Development Centre, PPDC, BudgIT Information Technology Network, and Connected Development, CODE, have written a Freedom of Information Act, FOIA, request to NAN seeking to know why such an “exorbitant fee” is being paid for the job and asking what benefit the country would derive from it.

In the FOIA letter to NAN dated July 18, the groups requested for detailed information on proof of budgetary appropriation for the contract, copies of procurement plans, including needs assessment documents, evidence that the contract was advertised, copies of standard bidding documents issued to bidders, a list of all bids, letter of notification of contract award, final contract documents and documentation showing schedule of payment.

In a statement released by the three organisations on Friday, they said that NAN in its response to the FOIA request had indicated that the information sought is domiciled with the office of the National Security Adviser, NSA.

The statement said NAN also indicated that, in accordance with Section 5 of the FOI Act, it had forwarded the groups’ request to the NSA’s office.

The transparency advocacy organisations, however, noted that the NSA’s office has no “statutory duties relating to managing and archiving procurement-related information on behalf of other public institutions; least of all for a Public Relations contract whose information cannot be construed to fall under any of the exemptions in the Freedom of Information Act, 2011.”

The groups said they had now directed their request to the NSA’s office even while questioning NAN on the rationale for situating information about a public relations contract with the office of the NSA.

The civil society groups request for information on the contract came after some dust was stirred on social media over the contract which showed that many Nigerians were irked that government was paying huge sums of money to a foreign PR firm for the effort to rescue the Chibok girls instead of taking concrete steps to find and return them home.

A recent tweet by former education minister Obi Ezekwesili, one of the leading advocates of the #BringBackOurGirls campaign, says a lot about the people’s feeling.

“How can @LEVICK earn filthy income on the back of innocent women (&men) that have STOOD EVERYDAY for 78 DAYS DEMANDING: #BringBackOurGirls?” she queried.

In the contract signed on behalf of Nigeria by Ema Niboro, managing director of NAN on June 13, 2014 and Mark S. Irion, for Levick, the PR firm will claim $1.2 million as professional fees for its services for an initial period of 12 months. These fees are broken down to $100,000 monthly.

Apart from the professional fees, however, Levick also charged NAN another $25,000 per month amounting to $300,000 to hire Jared Genser of Perseus Strategies, referred to as “a well-known international human rights lawyer” to “assist primarily in our objectives to promote transparency, democracy and the rule of law throughout Nigeria”.

There is yet a long string of costs to be paid for expenses, travel, photocopying, printing and so on. These include an invoice of 4.5% of the professional fee of $100,000 for expenses such as “in – house copying, faxing, scanning, printing or postage, local communication” and for access to Levick’s online media technology and digital services.

Levick would also charge an arbitrary flat rate of $22,500 for travels and meals for each of its staff travelling on job irrespective of distance, destination and duration of the trip.

In addition, if one of its staff is required to be based in Nigeria, it would charge daily per diem for the person.

In essence, there is no limit to how much expenses the PR firm can claim for its services. And this is particularly what has angered many Nigerians and bred the suspicion that there is more than meets the eye about the whole contract.

A journalist, columnist and Twitter pundit, Tolu Ogunlesi, writing in the Punch said that Levick is “merely the latest in a long line of Western image consultants that Nigerian governments have been known to routinely engage for miracle-working purposes.”

Levick prides itself to be a top crisis communications expert but is not listed among the best 10 firms specialising in this field in the US. Two of the campaigns it showcases on its website are the winning of the trust of the West for Dubai and making a case for Guantanamo Bay detainees.

However, apart from advert placements in foreign media and a couple of articles, including an opinion piece by Reuban Abati, President Jonathan’s spokesman, Nigerians cannot see much that the PR firm has done for their country.

It was impossible to get Levick to react as a staff who picked a call to the firm’s office in Washington said she could not speak for the issue of the contract. However, it has issued a terse statement following the controversy that the contract has generated.

“As the world witnesses the brutality of Boko Haram, and its cowardly tactics of using children as pawns in their terrorist campaign, LEVICK’s only mission is assisting the Government of Nigeria with its number one priority — the rescue of the girls and combating terrorism,” the company said in the statement.

Also speaking in defence of the Nigeria government action, a Levick executive, Lanny Davis told The Hill, a Washington – based online newspaper, that “there’s got to be a way to amplify what he’s saying and doing to find these girls because over here in America, we’re not hearing much about his effort.”

At the time of filing this report, the office of the NSA should have provided answers to the FOIA request directed to it by NAN. The FOI Act says that the application for information would be deemed to have been made on the day the new request was made to that office and it has seven days to provide answers.

However, directing the request to the NSA is also curious and is seen as an attempt to hide under that office’s security coverage to avoid scrutiny. The FOI allows requests to be directed to other agencies only if the “information was originally produced in or for the institution” or if it was “the first public institution to receive the information.

Neither of these applies to the office of the NSA.

The executive director of the PPDC, Seember Nyagar told our correspondent on Saturday that they had instituted a suit against NAN because the agency did not provide convincing reasons why their request was directed to the NSA’s office. Nyagar said that when the agency intimated the organisations that the request had been sent to the NSA’s office, they wrote back asking for the rationale of doing that, pointing out that contrary to the Act, no reasons were provided for directing their request to another agency.

Even then, the PPDC and others, this week, wrote a fresh FOIA request to the office of the NSA demanding the same information that NAN had denied it.

Nyagar criticised news agency for awarding contract at such an exorbitant cost, wondering “what is the job of NAN then with its offices all over the world if not to help create favourable public opinion about Nigeria, its people and it government.”