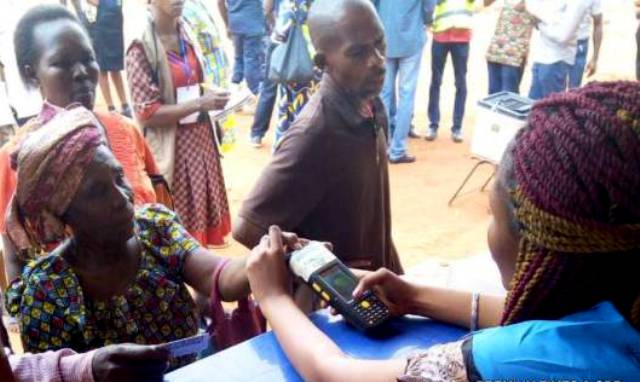 PARTICIPANTS  at a one-day town hall meeting held in Abuja have called for the use of electronic voting to reduce incidences of vote-buying.

The town hall meeting with the theme, ‘Eliminating Vote Buying And Corruption During Elections In Nigeria,’ was organised by the Progressive Impact Organization for Community Development (PRIMORG) with support from the MacArthur Foundation on February 28th, 2021. It was aimed at discouraging citizens from selling their votes during elections.

The meeting highlighted the dangers of vote-trading for Nigerian politics, democracy and development, while proffering solutions to these challenges.

It noted that vote-buying was a criminal act according to the law and a deliberate creation of poverty by politicians to enable them to occupy their desired political offices.

READ ALSO: ANALYSIS: Five reasons why TraderMoni might just be a vote-buying strategy

It also expressed concerns that politics had now become the only available job for politicians, hence the increasing rate of vote-buying.

While stating that poverty was one of the reasons why people sold their votes during elections, the meeting noted that poor awareness against voter inducement was helping vote-buying to gain grounds in Nigerian elections, lamenting that the National Orientation Agency was not sensitising citizens enough on dangers of vote-buying.

It also agreed that vote-buying gained prominence due to competition between the All Progressives Congress {APC} and People’s Democratic Party {PDP), and that vote-buying started from delegate nomination (internal party election). It added that political parties had commercialised candidates’ nomination tickets.

Lack of laws and penalties for perpetrators and institutional frameworks were highlighted as reasons for vote-buying.

In addition to electronic voting, the meeting called for a serious sensitisation of citizens and youths on the dangers of vote-buying, stressing the need for a truly independent Independent National Electoral Commission (INEC).

The meeting, which called for security operatives to be answerable to INEC on election days, also charged them to be patriotic when involved in the conduct of elections.

It called on Nigerians to desist from selling their votes and canvassed a proper voter education to curb vote-buying.

In 2019, INEC ruled out the adoption of electronic voting method in the country  in the nearest future because of the absence of ‘robust technical and physical infrastructure.’

Okey Ibeanu, one of INEC national commissioners, had noted at a stakeholders’ meeting in Abuja that there were key factors to be taken into consideration before e-voting could be adopted in the country. According to him, these factors included stable power supply and the ability of electorates to conquer their ‘fundamental trust issues in the system’ by believing in the capability of the electoral body to function independently without external manipulations.

“Each time we are demanding more ‘complexification’ of our election, we should remember that our infrastructure may not be adequate to take care of the process,” he said.

Election aftermath: ICPC to hold dialogue on how to tackle…