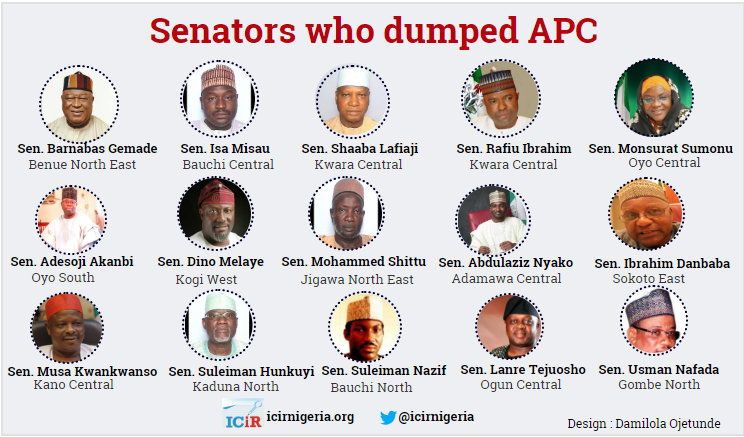 
THE Peoples Democratic Party (PDP) is now the majority political party in the Nigerian Senate following the defection of 15 former members of the ruling All Progressives Congress (APC).

Senate President, Bukola Saraki, announced the defections during Tuesday’s Plenary at the floor of the Senate.

Consequently, the APC now has 48 members, while the PDP members are now 58. The All Progressives Grand Alliance (APGA) has one member – Victor Umeh from Anambra State, while two seats are vacant following the deaths of their occupiers.

Earlier on Tuesday, Saraki’s Abuja residence, as well as that of the Deputy President, Ike Ekweremadu, were barricaded by security agencies.

“As I am talking to you, I cannot access the street. They have barricaded the road and I cannot say his whereabouts now,” said Yusuph Olaniyonu, Saraki’s spokesman at the time. 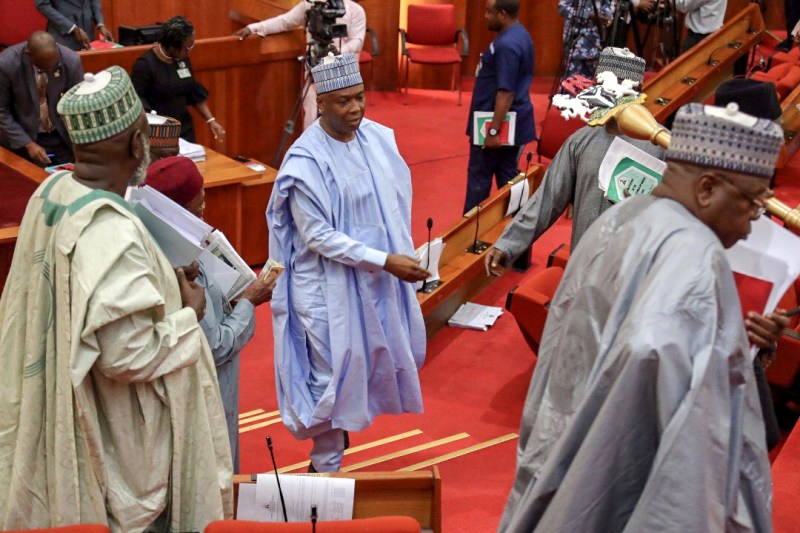 The siege was later lifted and both men were allowed to attend Tuesday’s plenary.

Many of the defectors were once members of the PDP, including  Kwankwanso, Gemade, Nyako, Nafada, and had defected to the APC prior to the 2015 general election. Melaye, who had served as a House of Representatives member on the platform of the PDP, left in 2011 to join the All Nigerian Peoples Party (ANPP), which later merged with two other parties to form the APC in 2013.

Tuesday’s defection did not come as a surprise to many given that many of the defectors had broken away to form a faction in the APC, called the Reformed APC (R-APC). The law stipulates that one could decamp from one’s political party only if there is a split in the party.

Adams Oshiomhole, National Chairman of the APC, and President Muhammadu Buhari, as well as other leaders of the party have held several meetings with members of the R-APC in order to dissuade them from leaving the party, but the defections on Tuesday show that their pleadings fell on deaf ears.