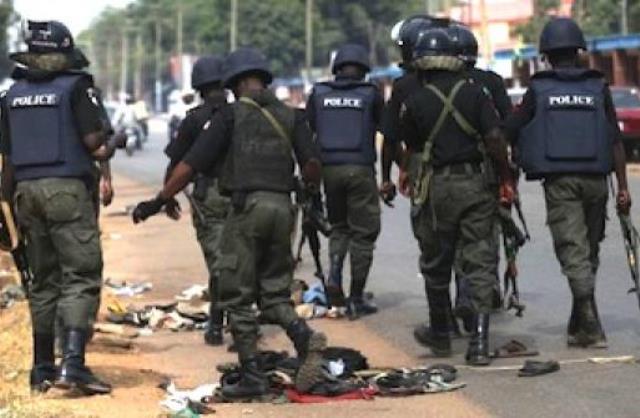 The Nigerian Police Force and the Department of State Security, DSS, have uncovered plans by terrorists to attack some cities in the country during the coming sallah celebrations.

At a joint press conference on Wednesday, the security agencies also advised the Independent National Electoral Commission, INEC, to consider postponing the governorship election in Edo State scheduled for this Saturday as Edo is believed to be one of the places targeted by terrorists.

According to the two security agencies, the advice is based on credible intelligence at its disposal which suggests that insurgents are planning to attack vulnerable communities and soft targets, with high population during the forthcoming Sallah celebrations between 12th and 13th September.

Edo State is reportedly amongst the states listed for these planned attacks.

In a joint statement, the agencies said similar threats were issued during the May 1, Labour Day and Democracy Day, May 29, celebrations as well as the Eid-el-Fitr holidays in July, 2016; but “The security agencies were able to decisively disrupt and thwart the insurgents’ plan.”

The statement read in part: “In the same vein, while election is important, the security agencies cannot allow the peace of the country to be disrupted, and we will continue to remain vigilant and ensure consolidation of the successes gained in the current counter-insurgency fight.

“It is in regard of these that we are appealing to INEC which has the legal duty to regulate elections in the country to consider the need for possible postponement of the date of the election in Edo State, in order to enable security agencies deal decisively with the envisaged terrorist threats.

“While the Police/DSS remain mindful of the inconveniences this request may cause the various political stakeholders, it is our strong resolve that security agencies need not be distracted from ensuring a peaceful and secured Nigeria now and always.

“Members of the public are hereby assured that the security agencies will continue to remain focused and committed and are being enjoined to remain vigilant.

“The attention of the security agencies should be drawn to any observed unusual movements or actions by groups or individuals in their neighborhoods,” the statement concluded.

Sallah celebration is expected to hold on Monday, September 12.

A group of students had also protested against holding the election on Saturday, a day they said students would be writing the GCE.