PRESIDENT Muhammadu Buhari has signed the N8.9 trillion appropriation bill into law for 2019.

The budget sum is N90.3 billion higher than the N8.83 trillion which Buhari presented before a joint session of the National Assembly on December 18, 2018.

According to the document, the sum of N2.09 trillion was allocated for capital expenditure while N4.05 was for recurrent expenditure and statutory transfers was put at N502.

The 2019 budget was calculated using an estimated crude oil price of $65 per barrel, an estimated production volume of 2.3 million barrels per day and an exchange rate of N305 to a dollar. 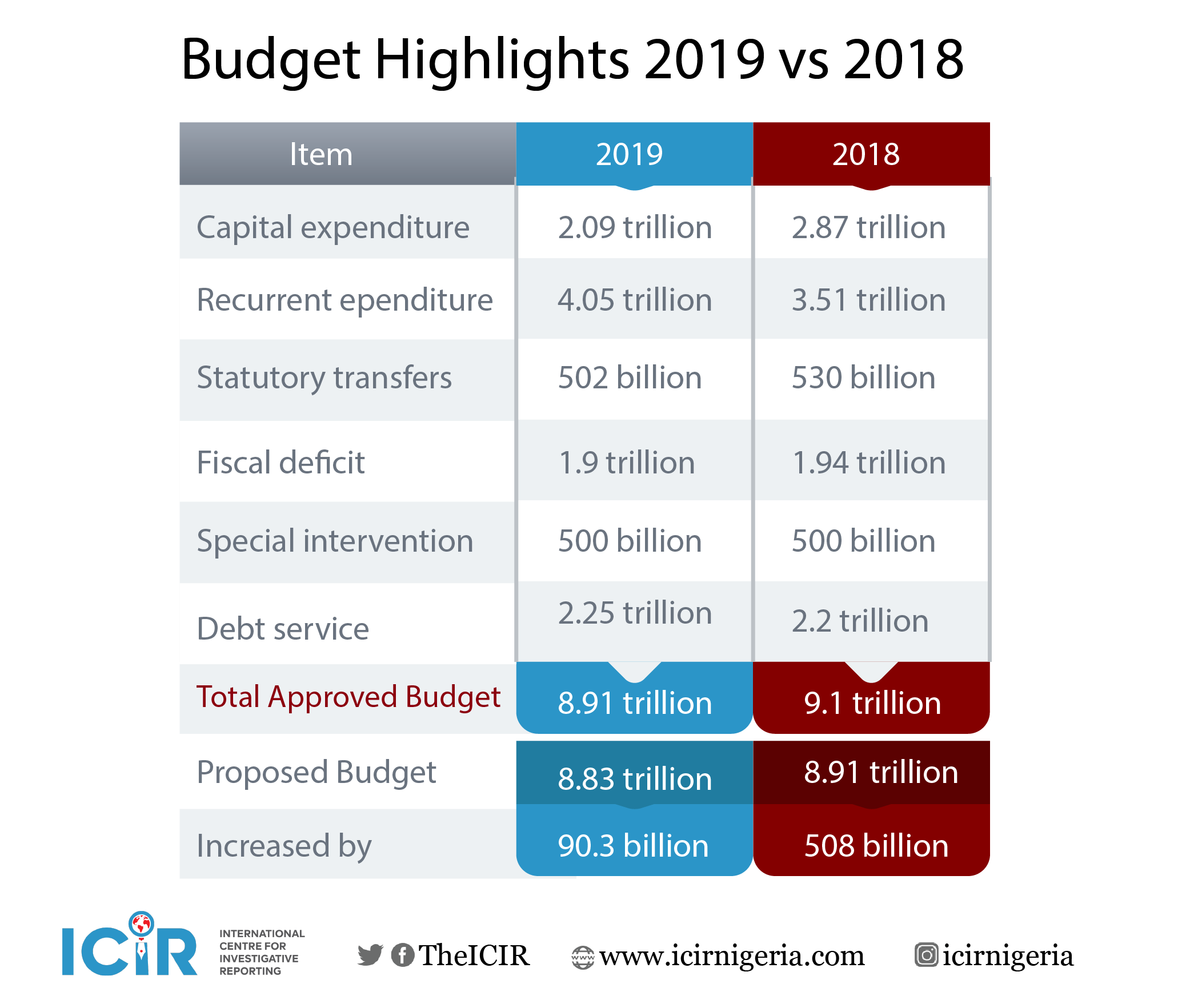 In the 2019 fiscal year, the federal government hopes to generate non-oil revenue consisting of N799.52 billion from company income tax, N229.34 billion from value-added tax, N302.5 billion from customs duties, and N624.58 billion from what was described as “independent revenue”, among other sources.

Meanwhile, the Budget Office of the Federation will make a public presentation of the budget on Tuesday at an event where the Minister of Budget and National Planning, Udoma Udo-Udoma would present the details of the budget to Nigerians.

The event will hold at the main auditorium of the Federal Ministry of Finance, Abuja, at 10.30 am.