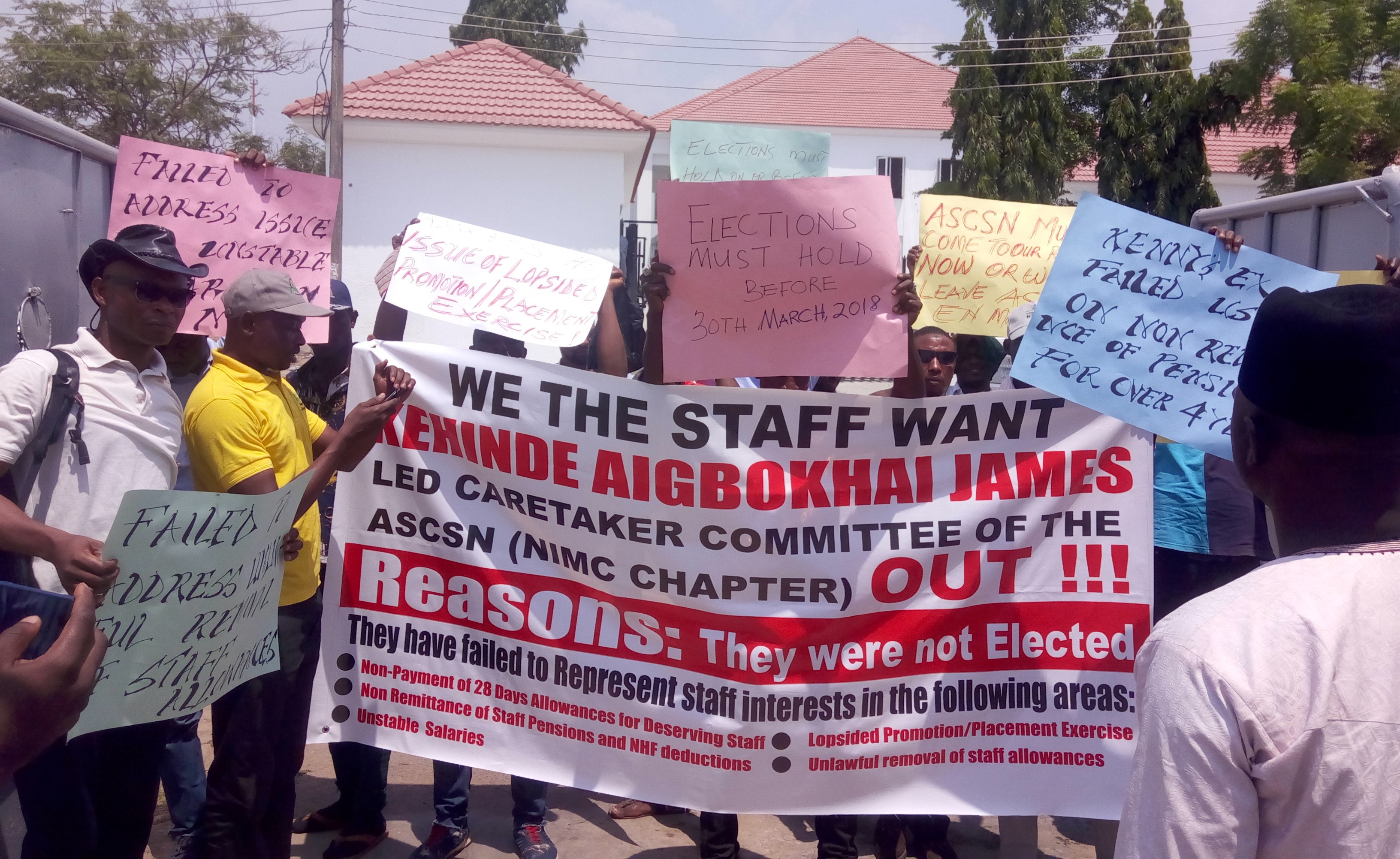 Speaking with the ICIR, Lucky Asiekogha, spokesperson of the association in NIMC, said they wanted to speak out against Kehinde Aigbokhai, whose leadership they were dissatisfied with.

“The present leadership we have in NIMC were not elected, rather they were selected,” he said.

“We have been waiting for them so they can do the right thing, but they have refused.

“In March 2017, our money was reduced by N1,000; we did not say anything because we felt it was not much. We have been managing ourselves in the hope that one day things will work better.” 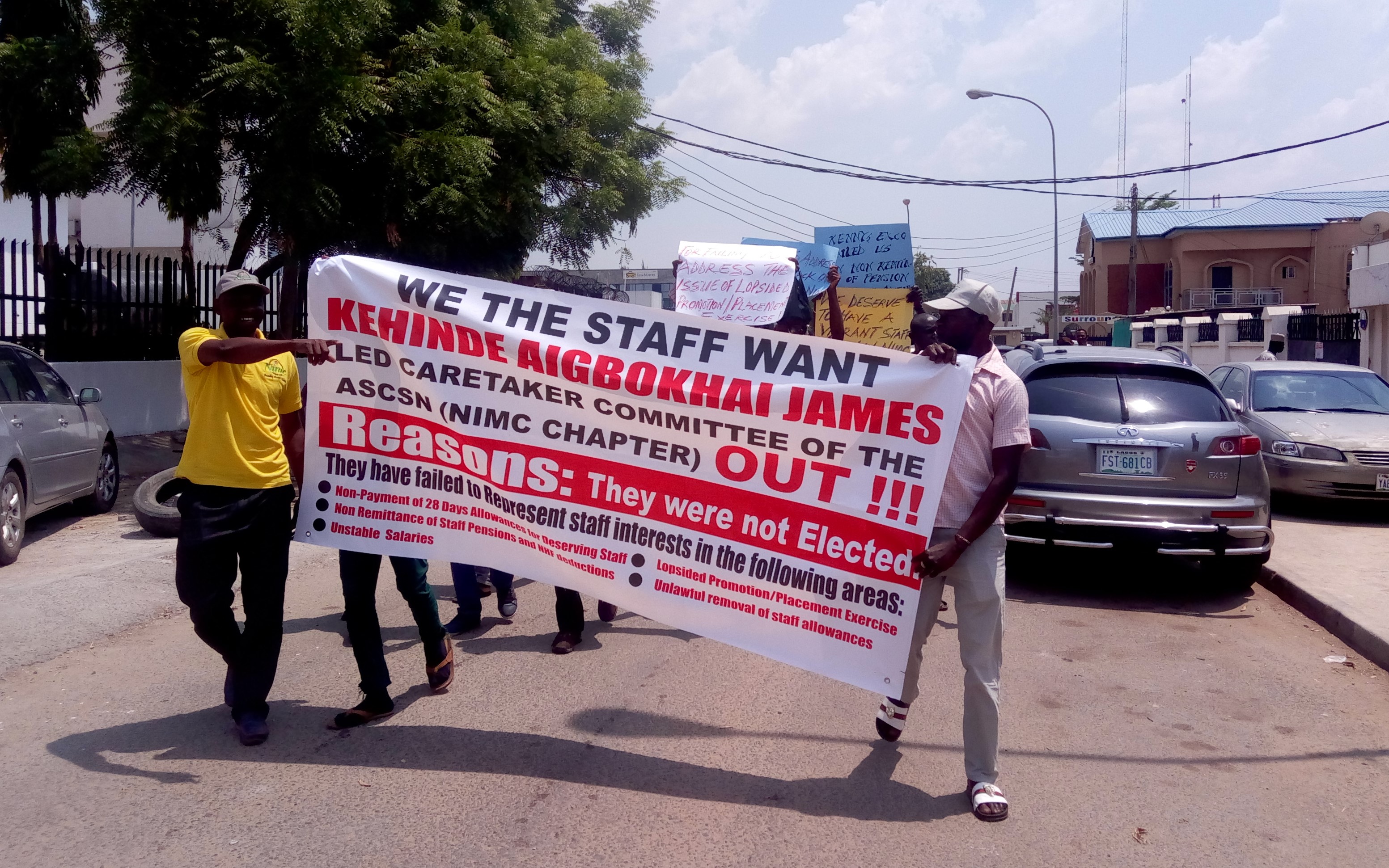 The resolution made after the protest was to see to Aigbokhai’s removal.

“We want Kenny to step down now, because he has failed the staff; he has been compromised and a fresh election should be conducted before March 30, 2018,” Asiekogha said.

“He holds meetings with the management and refuses to come back to reveal the outcome of the meeting to the staff.

“He is not qualified to be our representative again because we have several issues begging for answers, part of which are: non-payment of 28 days allowances for deserving staff, non-remittance of staff pension and national housing fund deductions for four years, unstable salaries, lopsided promotion/placement exercise and unlawful removal of staff allowances.”

He also talked about lack of funding of enrollment centres across the country, saying staff have had no choice but to use their money for this. An investigation by the ICIR had revealed how poor funding was preventing the ID card project from fulfilling the objectives for which it was conceived 10 years ago.

In response to the protesters, Abass, the state secretary, who received them, said the matter would be settled.

He told the association to present three of its members to meet with the national executive for a resolution of the crisis on Wednesday.

Hall of shame for public institutions that fail to comply with FOI Act, says Ministry…