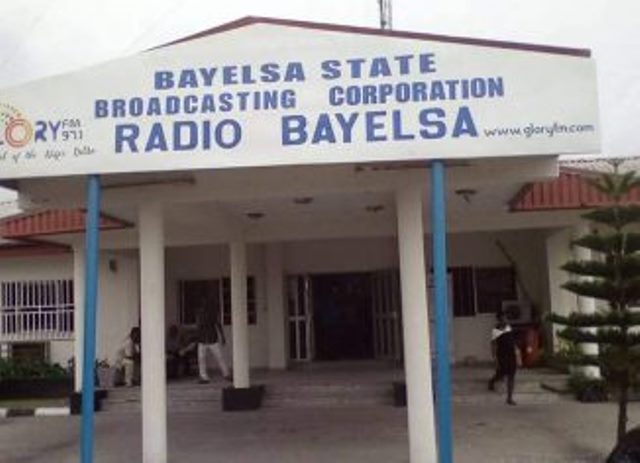 The crisis rocking the Bayelsa State-owned Radio station, Glory FM, has assumed a different dimension following the decision of one of the staff members, Tonye Yemoleigha , to sue the General Manager of the station, John Idumange , for assault.

Yemoleigha told newsmen in Yenagoa, the Bayelsa State capital, that he had instructed his lawyers to commence an assault and defamation action against the GM.

Idumange had on February 22 allegedly assaulted some leaders of the state’s chapter of the Nigerian Union of Journalists, NUJ, for daring to down tools following a misunderstanding with the management.

Yemoleigha, who is the chairman of the NUJ, Radio Bayelsa chapel, also alleged that the GM after assaulting him and his colleagues took pictures of them and shared it on the social media.

“After assaulting my colleagues and I with a cane, Idumange went on social media , precisely Facebook, posting my picture with the caption “face of a fraudulent NUJ chairman”  Yemoleigha said.

The NUJ boss claimed that the Facebook post had exposed him to public ridicule as well as undermined his reputation.

“The courts are there to give us justice so I will be there. My lawyer is taking care of everything and the process will soon commence,” Yemoleigha said.

Idumange did not deny flogging some of the Union leaders but explained that he acted in self – defense.

He explained thus: “At about 7.20 p.m on February 22, the day RATTAWU and NUJ embarked on strike, I heard voices near my window.

“So I went out to see what was happening. I saw four persons, one of them a lady. I could recognise Tonye Yemoleigha, one of the union leaders, who was on white shirt. I asked why they were there after chasing away all the workers.

“Tonye stood up and asked if the compound belonged to me. At that point I discovered he was ready for a fight but I did not bulge.

“He brought his hands near my eyes so I blocked it. I had learnt Karate years back. One of them threw a chair at me and they all rushed to fight I had to fight back in self-defense,” he stated.

“They could have beaten me up but my Karate skills rescued me,” he further said.

The NUJ and RATTAWU have been having a running battle with the GM since he was appointed by Governor Seriake Dickson in December 6, 2016.

The unions accuse him of abuse of authority and privilege, as well as taking actions that were contrary to the Public Service Rules.

Efforts by several individuals and groups, including the State House of Assembly and the Chief of staff to the governor, Talford Onogolo, to broker peace between the parties yielded no fruit.

OPINION: Now that SA has apologised…

PHOTOS: Fayose all smiles as he buys fuel from black marketers

God, Baptist Training Made Me What I Am – Obasanjo

PHOTOS: Fayose all smiles as he buys fuel from black…

God, Baptist Training Made Me What I Am – Obasanjo