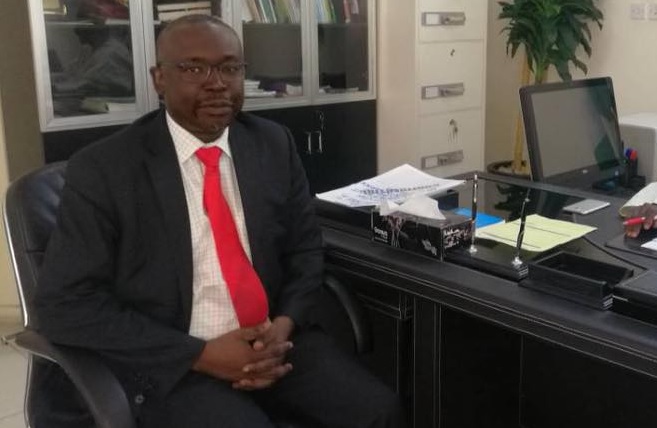 Mustapha Maihaja, Director-General of National Emergency Management Agency (NEMA), is in the eye of the storm over alleged misappropriation of N1.6billion relief fund.

He is currently being investigated by the House of Representatives for mismanaging the money, released to him in July 2015 by the Federal Government for relief intervention to flood victims in 16 states.

According to a report by PR Nigeria, the money was alleged to have been expended on contracts Maihaja awarded to 216 companies that were not qualified for contract awards in the country.

An investigative hearing on the violation of public trust in NEMA by the House Committee on Emergency and Disaster Preparedness, presided over by Ali Isa, Deputy Chairman of the Committee, examined the reports of the Federal Inland Revenue Service (FIRS), the National Pension Commission (PENCOM) and the Industrial Training Fund (ITF) to the committee, which revealed that Maihaja violated the law on tax and other breaches in the contracts to the companies.

In their separate reports, the FIRS, ITF and PENCOM specifically stated that he did not carry out due diligence and financial regulations on the companies to know their qualifications and statuses before awarding the multi-million naira contracts to them.

Apart from the tax laws, Maihaja was also indicted for breaching the Public Procurement Act 2007 in his refusal to follow the relevant laws of procurement in the award of the controversial contracts to the benefiting companies.

The committee was told that on the same day — April 3, 2018 — that the governing council of NEMA was inaugurated, it suspended six directors of the agency who objected to the way and manner the NEMA boss was implementing contract awards in breach of due process.

Speaking on the suspension of the directors,  Isa, ordered the NEMA boss to produce the suspended NEMA officials before the committee on the next hearing day for the continuation of the investigation and to enable the directors to give evidence in the interest of fair hearing.

The suspension of the officers was said to be arbitrary and suspicious especially in the ways and manner it was purportedly carried out by the governing council the same day the council was inaugurated.

The committee had queried Maihaja in his claim that the report of the Economic and Financial Crimes Commission (EFCC) recommended the suspension of the officers while the DG who was also facing investigation along with directors was left out of the suspension in the purported EFCC’s report.

During the hearing, which lasted several hours, Maihaja, who assumed the job in April 2017, was said to have failed to respond to the distress calls occasioned by floods in 16 states resulting in the loss of several lives and damage to properties worth billions of naira.

According tosome of the reports submitted by the affected states, he was said to have delivered emergency relief materials to Kwara, Enugu and Ebonyi states to the flood victims a year after the disaster, while others complained that the items delivered to them were less than N50million as against the N100million approved to each of the affected states by the Federal Government.

Apart from the three states, other 13 states could not receive the emergency relief materials six months after they suffered losses, prompting the House Committee to agree that the purpose of releasing the sum to the affected states had been defeated.

Specifically, the committee berated the NEMA boss for misleading the President to release the huge sum in the name of emergency situation, and ambushing Nigerians by refusing to act on emergency situations as demanded by the law that established the agency.

Meanwhile, the house committee adjourned further investigations till Thursday to enable the NEMA boss produce the six suspended officers. He is also expected to explain the execution of interventions to victims of Boko Haram in North-East and the management pf the 6776metric tonnes of rice donated by the Chinese government.