Returning IDPs Home Is Our Priority-FG 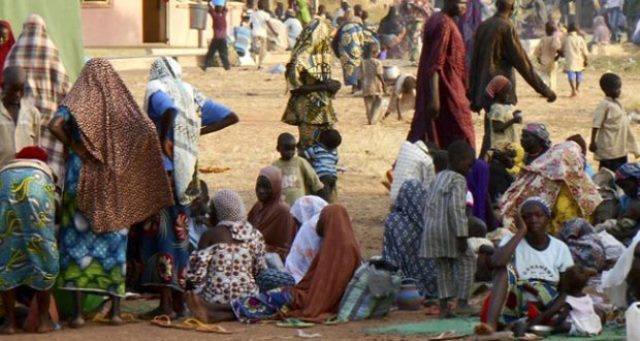 Minister of State for Foreign Affairs, Khadija Ibrahim, says the current priority of the Federal Government is to ensure that all the Internally Displaced Persons, IDPs, across the country are relocated to their homes.

The Minister said this on Sunday in Damaturu, the Yobe State capital, when she led the Egyptian Ambassador to Nigeria, Ashraf Salama, to deliver food and non-food items to victims of Boko Haram insurgency in the state.

The materials were sent to the displaced persons in the state by a renowned Egyptian Islamic Scholar, Sheik Ahmed Altayyid.

The Minister said the federal government is working hard to ensure that the displaced are relocated to their various homes, now that relative peace has returned to the areas.

She said government intends to urgently reconstruct the destroyed private and public buildings as well as replace infrastructure vandalized by the insurgents to make life more meaningful to the people who will be returning to the regained territories.

She praised the state government’s efforts toward making life comfortable for the displaced persons and called on other philanthropists to come to the aid of IDPs.

She also commended security operatives in regaining the earlier captured territories and called on the people to partner them in their efforts to return peace across the northeast and the entire country.

The Egyptian Ambassador, Salama, expressed sadness over the security situation that is being witnessed in the northeast and wondered how the insurgents would wrongly use Islam to pursue their selfish ambitions.

He insisted that no religion would justify the ungodly and senseless killings and destruction caused to the people of the zone, adding that Sheik Ahmed Altayyid who sent the items to the IDPs has continued to offer prayers for the return of peace in the northeast, the country and Africa as a whole.

The relief materials were received at the Pompomari IDP camp in Damaturu by the Deputy Governor, Abubakar Aliyu, who appreciated the efforts of the Egyptian Islamic clergy and the Ambassador, promising that the materials would be used to improve the living condition of the IDPs.