NIGERIANS have expressed worries over the rehabilitation and release of former members of Boko Haram, cautioning that such exercise should be suspended.

In Borno state, over 500 Boko Haram repentants have been handed over to the governor of the state, Babangana Zulum.

However, Ahmad Salkida, Nigerian freelance journalist who is believed to have in-depth knowledge of the terrorist group took to the Twitter on Tuesday to warn that the rehabilitation and release of Boko Haram repentants should be suspended.

“The so-called rehabilitation and release of BokoHaram members presumed to be repentant is a most ill-informed strategy. It should be suspended indefinitely,” Salkida posted.

He said the idea is looking away from the experience of the victims of the insurgency and focusing on the perpetrators of the violent acts who are later re-integrated into a society they have once victimized.

According to Salkida, ‘the idea of pandering to murderers and disregarding their victims must stop’. 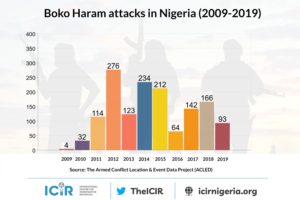 A Major- General, who is the coordinator of Operation Safe Corridor, Bamidele Shafa said the programme was designed to encourage Boko Haram insurgents to surrender, provide deradicalisation and rehabilitation programme, to enable them rejoin the society.

During the handing over of 151 repentants to Borno State Government, Shafa said the repentants have confessed their misdeeds, denounced their membership to the terrorist group and have taken an oath of allegiance to Nigeria.

Shafa was quoted to have said ‘he believes’ that the 151 repented book Haram members ‘are now good citizens’.

A Brigadier General, Musa Ibrahim, Commandant DRR Camp OSC in Malam-Sidi, Gombe State revealed that 608 Boko Haram members are currently undergoing rehabilitation before they are reintegrated back to the society.

Nigerians who reacted against the release of the repentant terrorists believe that the Federal Government might be rebuilding the insurgency group without knowing. 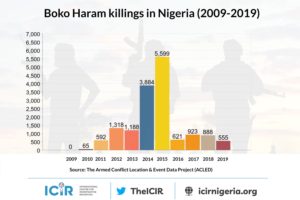 If the 608 repentant insurgents currently undergoing training are released into the society, the government would have successfully re-introduced almost a thousand ‘repented Boko Haram members back to the society, a  development described as counter-productive.

In 2016, the Nigerian government under President Muhammadu Buhari embarked on the De-radicalisation, Rehabilitation and Reintegration (DRR) Programme code-named Operation Safe Corridor (OSC) as a way to disengage the Boko Haram fighters without the use of weapons or any form of violence.

In an evaluation of the programme, The ICIR found out that there has not been a consistent significant impact of the OSC on the operations of the terrorists’ group as frequency of attacks have continued to go up and down suggesting that not much has been achieved in the entire war against insurgency.

This development has once again received unfavourable reactions from Nigerians who believe the government should not be spending scarce resources to rehabilitate perpetrators of crime. Rather, such resources should be targeted at displaced persons.

The ICIR contacted the Spokesperson for the Nigerian Army, Sagir Musa to find out if the OSC has been effective and how much the Nigerian government is spending to rehabilitate the repentant Boko Haram members, he said he cannot give any information on the operation because it is under the Ministry of Defence.

He declined comments on whether there has been significant changes since the commencement of OSC.

“If you are asking about other operations like the Lafiyadole, crocodile smile or python dance, I can comment but on this, I cannot say anything, there is hierarchy in the military,” Musa said.

Spokesperson to the Defence, Clement Nwachukwu, was also contacted, he did not answer his call and has not responded to inquiries about how much they have spent on rehabilitating the repentant terrorists.

Reacting to the rehabilitation of former Boko Haram members, a social media user, Sa’adatu Bello believes the programme is unfair to the victims of insurgency and their families.

Bello said  ‘it is most unfair to their victims and their families, every day we see the brutality they unleash on innocent lives and the next day freed and rehabilitated terrorist is released, it smacks of lack of proper judgement, it is totally wrong’ she lamented.

Another social media user who identified himself as Happy God lamented the irony of the issue, criticizing the recent killing of the Chairman of Christian Association Nigeria, Adamawa Chapter, Lawan Andimi.

He wrote on social media that ‘So they killed the clergy head of the Christian association but the Boko Haram repentants are busy sipping juice?’.

‘If you cannot take over Baga, we should forget about it’, Zulum berates…

I am the voice of the holy martyrs, if I perish, I perish…