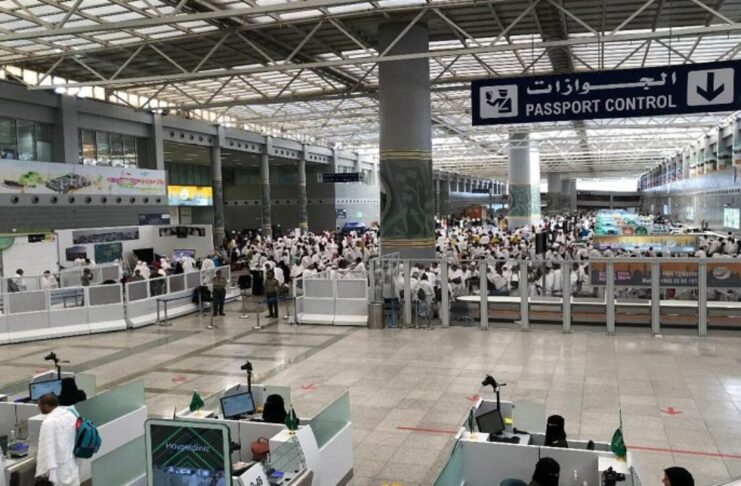 THE Kingdom of Saudi Arabia has lifted the ban on flights from Nigeria as well as 16 other countries.

Similarly, the Arab nation put an end to social distancing in the two holy mosques in the Kingdom but insisted on face masks while accessing the place of worship.

This is according to a directive, issued by the Saudi Arabia Ministry of Interior, and confirmed by a personal assistant to President Muhammadu Buhari on new media, Bashir Ahmad on Twitter.

Saudi Arabia has lifted the suspension of direct flights from Nigeria and other 18 countries.

Saudi Gazette reports that travellers would no longer undergo mandatory COVID-19 quarantine upon arrival to the Kingdom.

The General Authority of Civil Aviation (GACA) in Saudi Arabia had confirmed the suspension of flights to Nigeria in a circular to all airlines operating in Saudi Arabia in December 8, 2021.

In January 2022, the Federal Government of Nigeria asked Saudi Arabia to lift the travel restrictions it imposed on Nigerian travellers following the outbreak of the omicron variant of the COVID-19 in South Africa that was later discovered among some travellers said to have visited Nigeria.

Ambassador Zubairu Dada, the Minister of State for Foreign Affairs, made the appeal in a statement by his spokesman Ibrahim Aliyu, while commending the cordial relationship that existed between both countries for years.