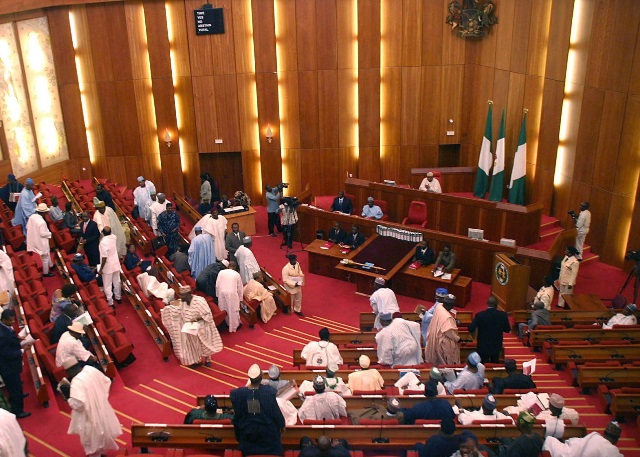 The Senate has rejected a list of 46 non-career diplomats forwarded to it for confirmation by President Muhammadu Buhari.

Chairperson of the Senate committee on foreign affairs, Monsurat Sunmonu, suggested that the list be returned to the President for ‘re-presentation’.

“I suggest we return the list of non-career ambassadors to the executive so that they can re-present it,” he said during the Senate plenary session on Tuesday.

Sunmonu said that there were more than 200 petitions against the nominees and “we don’t even know where to start.”

However, the committee approved the president’s earlier nomination of 47 career ambassadors.

The foreign affairs committee chairperson added however, that some of the ambassadorial nominees did not meet the requirement for the job.

For instance, Sumonu said that 14 of the nominees have less than 30 months to retire from the civil service, while four others could not recite the National anthem or Pledge.

“The Problem is that some of them did not meet the 30-month requirement,” the committee chairperson said.

The committee recommended that their appointments be confirmed nevertheless.

This is the third instance that a presidential request would be turned down by the upper Legislative chamber.

Recall that in October, the Senate rejected a proposal sent by the president, seeking for approval to go ahead with an external borrowing of approximately $30 billion, saying that the presidency had not attached details of the proposal.

Few days later, the red chamber of the Nigerian legislature also refused to consider the Medium Term Expenditure Framework, MTEF, document, on which the 2017 budget will be premised.

According to Senate Leader, Ali Ndume, the document was “empty” and lacked any detail.

He blamed the minister of Budget and National Planning, Udoma Udo-Udoma, and his Finance Counterpart, Kemi Adeosun, for refusing to furnish the senate with details of the MTEF document for consideration.

Last week, the Senate President, Bukola Saraki, was seen at the Aso villa more than once, suggesting that he has been meeting with President Buhari, perhaps to iron out the frosty relationship between the Executive and Legislative arms of government.