Senator Calls For Ammendment Of Electoral Law To Accommodate IDPs 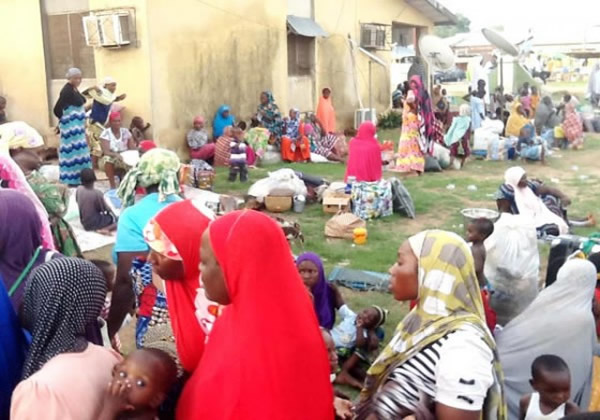 The senator representing Borno South, Mohammed Ali Ndume, has warned that over a million persons displaced by insurgency in the North east may be disenfranchised if the country’s electoral law is not amended.

Ndume, whose hometown, Gwoza, has been taken over by the Boko Haram insurgents, said the electoral law should be amended to allow those displaced from their communities vote in their new areas of residence during the 2015 general election.

“For example, in Maiduguri today we have over 17,000 Gwoza people that are internally displaced and only 7,000 are already in Maiduguri at different camps and with their relations while about 10,000 are presently being relocated and conveyed to Maiduguri from other places. And this is apart from those from Damboa and other local government areas that Boko Haram has annexed,” the senator said.

Ndume argued that if Nigerians in the Diaspora are being considered for voting during the election, then those who are internally displaced should also be considered for the same arrangement, giving the prevailing security situation.

He assured that at the resumption of plenary at the Senate he would put forward a bill for the amendment of the electoral act to allow displaced persons to vote at their new abode.

Ndume also raised alarm over the takeover of towns and villages in the Northeast, saying that if something is not done urgently the insurgents may overrun the entire region.

“The major problem of this country is not the 2015 general election that everybody is talking about everywhere but the security of the nation. I am always amazed when I hear people talking about election in 2015 not the condition or situation the internally displaced persons are in presently in Borno and other states of the north east,” he said.