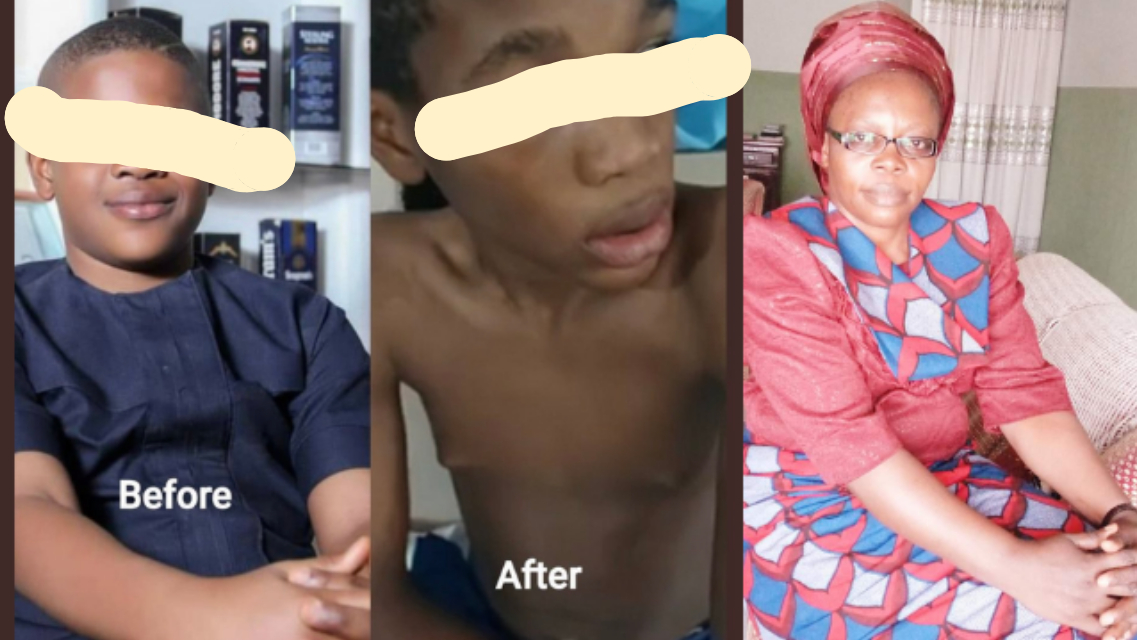 
THE Management of Deeper Life High School has suspended its principal in Uyo, Akwa Ibom state campus over allegation of sodomy of an 11-year-old schoolboy, Don Davies.

The suspension followed a viral video posted by the mother of the victim alleging that her child was being molested by senior students of the school.

When contacted by The ICIR, Mrs Solomon Ndidi, the school principal said she has been suspended from the school following the allegation.

She added that the Akwa Ibom State government has taken over the matter and is currently investigating the matter.

“Davies is my student I can’t deny it.  What happened in the school is what the outsider cannot understand. The matter is under investigation now because the government has taken over,” Ndidi said.

“I won’t be able to talk much now because I am also under investigation. The School authorities have already suspended me. So, I am going to plead for patience until the government completes its investigation. The police and DSS are involved,” She added.

An official at Deeper Life High School headquarters confirmed to The ICIR that Ndidi has been suspended.

He said the school has also commenced an internal investigation into the matter but would wait for the outcome of the investigation by the Akwa Ibom State government.

“We do not want to preempt the outcome of government investigations,” the official said.

When told that there have been past allegations of molestation in Deeper Life High Schools across the country, he replied that there is no evidence that such criminal conduct had happened before. And whoever makes such a claim should provide evidence.

In the viral video currently trending on Social media platforms, a woman identified as Deborah Okezieh said her 11-year-old child who is a student of Deeper Life high school was severally sodomised by senior students of the school.

According to her, she discovered this when she requested a private meeting with Davies during her visit to the school.

When I met him in that condition, I took my son into the car, he was afraid, he said that if he talks, they would kill him,” Okezieh narrated in the video.

She noted that it took the help of another student in the school to know what was happening with her child.

“I had to beg a boy who talks like a parrot who told me that because he wees, he was taken from JSS 1 to SS1 and when he gets there, senior students in the hostel used hands and legs to penetrate his anus,” She further stated.

Confirming the allegations raised by his mother, Davies said, “When I get there, they would remove my boxers,” the 11-year-old said.

Davies added that the students would tell him that if he reports to the principal or his mum, they would have him killed.

In another video by the mother of the victim, she said the principal of the school, Ndidi pleaded to her not to go public with the matter adding that the school would pay the Child’s hospital bills.

Okezie said the principal did not want her to go public with the issue because of ‘who is involved’ in the case against her child before eventually removing her from the Whatsapp group of parents of children in Deeper Life High School, Uyo Campus.