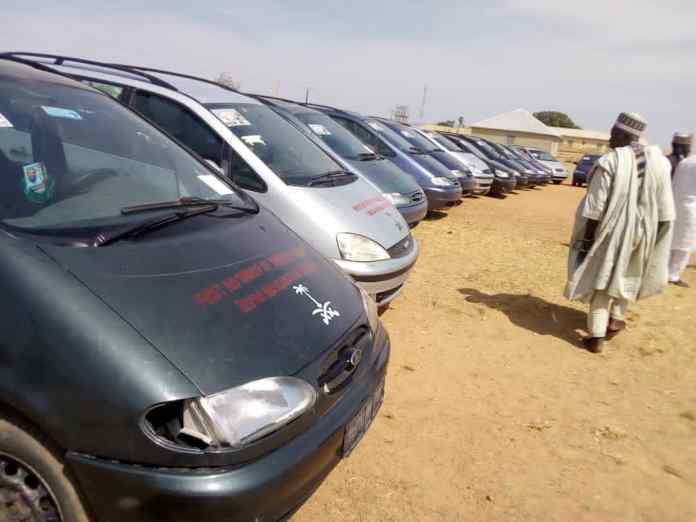 Senators Lawal Yahaya Gumau and Adamu Bulkkachuwa, all from Bauchi State in an investigative report by WikkiTimes were found to have implemented questionable constituency projects marred by corruption.

The WikkiTimes investigation found that the two lawmakers not only politicised the constituency training, but the beneficiaries were all trained in one day for less than six hours, jam-packed in a single hall for all the trades without the chance to choose which trade they preferred.

The investigation also found that many of the beneficiaries were neither given start-up capital nor did they get working equipment to practice the trades for which they were prematurely trained.

Few days after the investigation was published, Mr Gumau presented 27 vehicles to religious groups in his Gumau town of Toro local government of the state.

A representative of the lawmaker who was a former member of the house of representatives Honourable C. Nuhu, was quoted to have said that “the gesture was in recognition of the roles played by the religious leaders in nation-building.”

The representative said the vehicles were distributed to “constituents and party loyalists.”

Reacting over the distribution of the used buses, Mohammed Ciroma Hassan of the Centre for Information Technology and Development, CITAD, described Gumau’s action as “peak of irresponsibility.”

“With N220, 000, 000 (Two Hundred and Twenty Million Naira) budgeted for constituency projects, this senator decided to buy and distribute “Used Buses” to religious groups. Are Buses the priority of your constituents? When and where did you discuss this with your constituents?

This is public fund so; public Must be part of the decision-makers in spending this money. What you have just done connotes nothing but a high sense of irresponsibility”, Hassan said in a Facebook post.