Spain To Evacuate Priest Infected With Ebola From Liberia 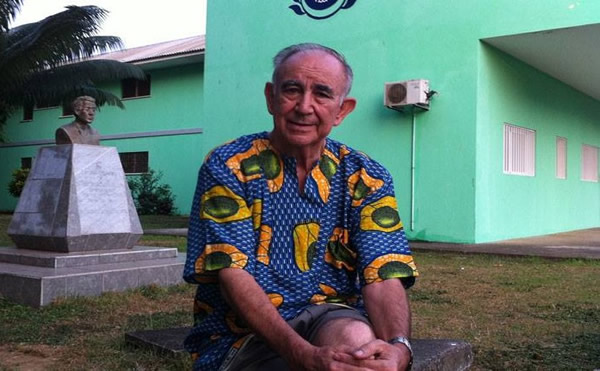 Spain’s defence ministry said Wednesday that a medically-equipped Airbus 310 is ready to fly to Liberia to evacuate 75-year-old Spanish missionary, Miguel Pajares, who has tested positive to the Ebola virus in the ravaged West African country.

The ministry said Wednesday that preparations for the flight are being finalized but it is not yet known at what time the plane would take off.

Pajares is one of three missionaries being kept in isolation at the San Jose de Monrovia Hospital in Liberia where he has worked for over five decades, the last seven years at the Saint Joseph Hospital in Monrovia.

The other two infected aid workers were identified as Chantal Pascaline Mutwamene of Congo and Paciencia Melgar from Equatorial Guinea.

During an interview broadcast on Monday, Pajares said he and the other missionaries in quarantine would like to be taken to Spain for treatment.

“I have a fever. I don’t have any appetite, I could go without eating anything, I have a lot of pain in my joints. I need help to move from one place to the other. We hope that we can be evacuated. For us it would be a huge joy because if we are taken to Spain we would be in good hands and we could get better, God willing,” he told the CNN.

Three other missionaries tested negative to the Ebola disease.

In Spite Of Conflicts, Obama Sees A Better Africa Emerging

Why Nigeria is battling to control disease outbreaks like Lassa fever

Two cases of Ebola confirmed in new province of DRC

Nigeria rakes in over USD $25bn dollars in export value,…