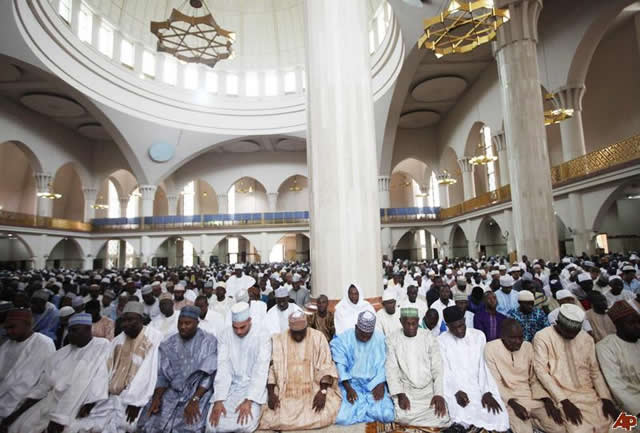 On Friday, Muhammad Sa’ad Abubakar, the Sultan of Sokoto and the President-General of Nigeria Supreme Council of Islamic Affairs declared Sunday 24th May 2020 as the first day of Shawwal 1441  after Hijrah, which is  Eid-el-fitr day.

However, in her effort to contain the Coronavirus pandemic (COVID-19), the Federal Capital Territory Administration, FCTA, has ordered the suspension of the annual congregational prayer on Eid-grounds across the FCT.

In a statement released by the administration, signed by the chief press secretary to the Minister, Anthony Ogunleye, FCTA disclosed that the action is in tandem with the guidelines by the Presidential Task Force on COVID-19  and one of the strategic efforts to curtail the spread of the virus in the FCT.

“This is in tandem with the guidelines, issued by the Presidential Task Force on COVID-19, that all places of worship in the FCT and other high-risk states of the Federation should remain closed during the recently extended period of lockdown”

“In order to achieve this objective of enforcing these guidelines, meetings were held earlier between the Administration and leaders of the Christian Association of Nigeria (CAN) and the League of FCT Imams”.

“The meeting acknowledged that the primary concern of all leaders and public officials was to save lives. In view of this common goal, the leaders of the religious organisations have agreed to work towards the eventual opening up of worship places at a time to be determined by the Presidential Task Force, based on medical advice”, the statement reads.

Eid al-Fitr is an Arabic phrase which means “Festival of Breaking the Fast” which is celebrated by Muslims worldwide to mark the end of the month-long dawn-to-sunset fasting of Ramadan when the new moon is sighted by local religious authorities.

As Muslims prepare for the end of Ramadan, this year’s celebration will be unusual as no account of Islamic history shows any precedent of such

COVID-19: Only two per cent of global vaccination done in…