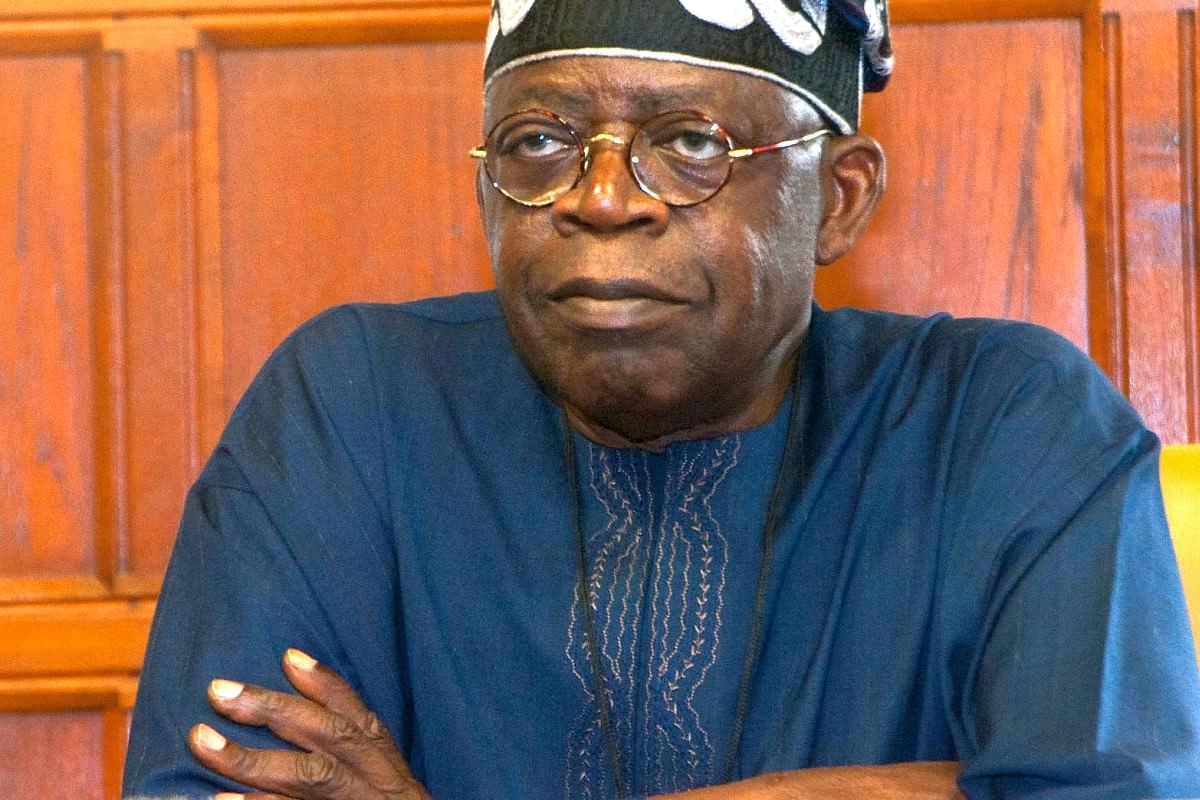 Sanwo-Olu has said during the presentation of the 2021 budget to the Lagos State House of Assembly that he was going to repeal the Public Office Holder (Payment of Pension Law 2007), which makes provision for the payment of pension and other entitlements to former elected governors and their deputies.

The move, according to Sanwo-Olu will help to reduce the cost of governance in the State.

“Mr. Speaker and Honourable Members of the House, in light of keeping the costs of governance low and to signal selflessness in public service, we will be sending a draft executive bill to the House imminently for the repeal of the Public Office Holder (Payment of Pension Law 2007), which provides for payment of pension and other entitlements to former Governors and their Deputies,’’ he said.

“It is our firm belief that with dwindling revenues and the appurtenant inflationary growth rates, that we need to come up with innovative ways of keeping the costs of governance at a minimum while engendering a spirit of selflessness in public service.’’

Reacting, Tinubu has benefitted from the bogus pension law, described the move in a series of tweets as bold and courageous. He called on members of the All Progressives Congress (APC) in the State to support the governor towards that end.

“Congratulations to Governor Sanwo-Olu over the 2021 budget which he appropriately christened ‘Budget of Rekindled Hope’. This audacious and enterprising budget will empower our people and begin to rebuild Lagos State.

“In particular, I would also like to commend the governor for the plan to commence the repeal of the pension law giving pension packages to former governors and their deputies. This is a bold and courageous move by Mr. Governor and I wholeheartedly support him. I encourage all APC loyalists to do the same.”

Before leaving office in 2007, the APC chieftain signed the Public Office Holder (Payment of Pension) Law No 11 official Gazette of Lagos State, 2007.

The law states that former governors of Lagos State are entitled to a house in Lagos and Abuja in any location of their choice, six brand new cars every three years, 100 percent of the basic salary of the serving governor, (N7.7m per annum) free health care for himself and members of his family.

Other benefits include an entertainment allowance, which is 10 percent of the basic salary (N778,296), and a personal assistant, who will earn 25 per cent of the governor’s annual basic salary (N1.9m), domestic workers comprising a cook, a steward, a gardener, and others whose appointments are pensionable.

It also stipulates that a former governor will be entitled to eight policemen and two officials of the Department of State Services for life, according to the Lagos law. 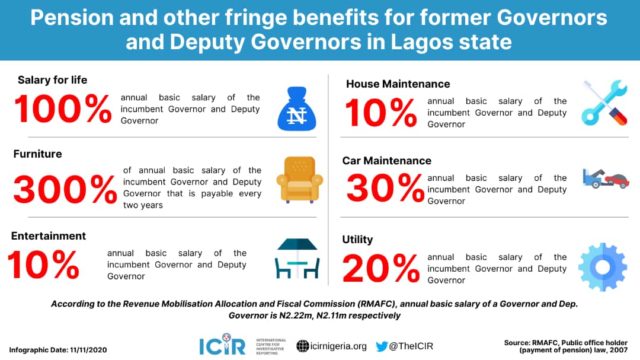 Since the country returned to democracy in 1999, Lagos has witnessed the administration of four governors. Tinubu who spent 8 years as governor of the State from 1999-2007 has benefited from the State Pension Law.

According to Punch, he currently has houses bought for him by the State in Ikoyi, Lagos and Asokoro, Abuja.

There are no details whether Babatunde Fashola, present Minister of Works and Housing, who took over from Tinubu and Akinwumi Ambode, a predecessor to the incumbent governor have benefitted from the Pension Law. 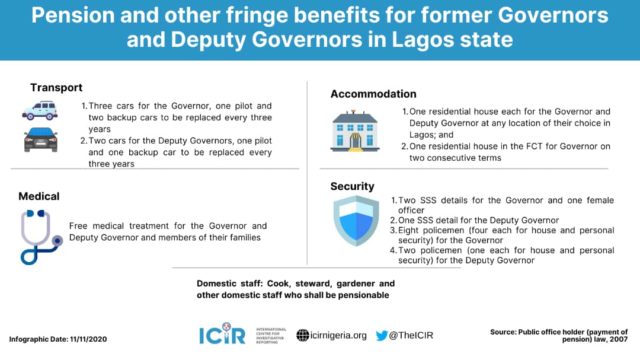