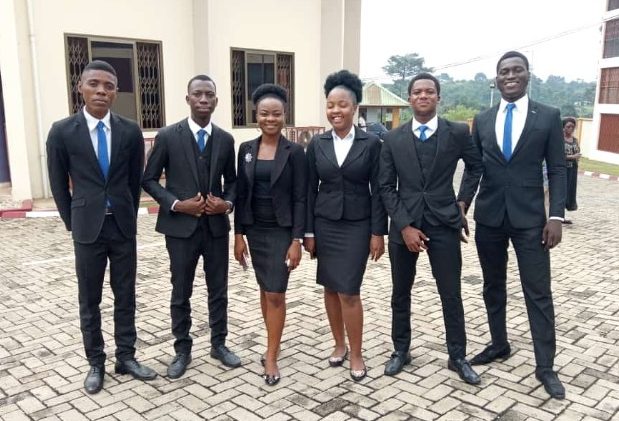 The university also won nine medals — the highest by any institution in the competition. She finished second behind University of Cape Coast, Ghana, while the host institution, Kwame Nkrumah University of Science and Technology, also from Ghana, came third.

The competition was held between July 23 and July 28 at the Kwame Nkrumah University of Science and Technology, Kumasi, Republic of Ghana.

Elizabeth won four medals to herself, Sadik won two medals while the trio of Habeeb, Dara and Ejide had one medal each.

The International Debate Championship pitched institutions from Africa against themselves as teams of two. However, the Intercontinental Public Speaking Contest was an individual contest for institutions from within and outside Africa.

Reacting to the feat, Asudemade Habeebullah expressed his joy on the outcome, the network he has built, coupled with the new style of debate — the British Parliamentary Debating Style — he has learnt.

“Well, the competition was a good outing, and it exposed me to few other strategies different from the way we do things around here,” he said.

“Asides this, it provided a platform of networking with students of other schools. Also, we just started venturing into the exploits of British Parliamentary debate, and to that end, coming second was not bad. In all, it was a worthy experience.”

Anyaeji Chizoba, in her own account, talked about the lessons her visit to a Ghanaian university has availed her and what Nigerian universities can learn from it.

“I recognize we should get ready to pay for quality. Their accommodation is really nice. They have an almost constant supply of light, a very strong WiFi connection. They uphold traditions. And their students aren’t victimised like ours.

“They are a deeply cultural people. A particular hall of residence has a student that is a High Priest that serves as the highest decision making body.  He is not known by any (besides probably a Council) but wears masks when he is to function and his school fees are paid by the institution.”

In the 2017 edition, staged in Gaborone, the capital of Botswana, Lucky Igbinedon University, Okada, Edo, Nigeria scooped the trophy in the debate category while Zimbabwe Open University won the Public Speaking Contest.