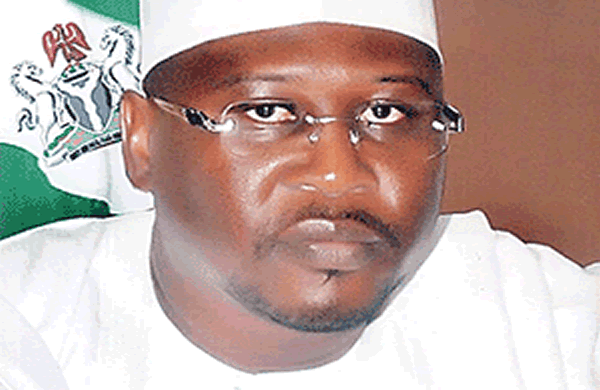 Advertisement
Advertisement
Share
Facebook
Twitter
WhatsApp
Copy URL
Telegram
Linkedin
The former acting governor of Adamawa State, who in the early hour of Wednesday was booted out of office by a Federal High Court in Abuja, Umaru Fintiri, has said he will appeal the judgment.

The court had ordered that Fintiri vacate the office and that the former deputy governor, Bala Ngilari, be immediate sworn-in as the governor of the state.

In a statement issued by the lawyer to the former acting governor, Bayo Ojo on Wednesday, he stated that he had been instructed to file an appeal.

Ojo also said that in addition to the appeal, he had also filed a motion for stay of the orders of the court until the hearing of the appeal.

He stated that the implication of the papers filed by his client is that the orders of the court cannot be obeyed until the appeal process is disposed of.

“This is the position of the law as the law allows anyone who is challenging an order of a court not to obey such order until his constitutional right of appeal is exhausted,” the statement said.

According to Fintiri’s lawyer, the motion for stay of the orders will help anticipate a situation where the court’s ruling will be enforced on the appeal court.

He further said that even though he is dissatisfied with the reasoning of the judge, he would not, as a sign of respect for the court, comment on the merits of the case.

“The whole world knows that the former deputy governor did actually resigned through his two letters of resignation to the speaker and the former governor separately,” he said.

Ngilari has, however, been sworn in in accordance with the ruling of the Abuja court. He was sworn in on Wednesday afternoon, hours after the court ruled in his favour.