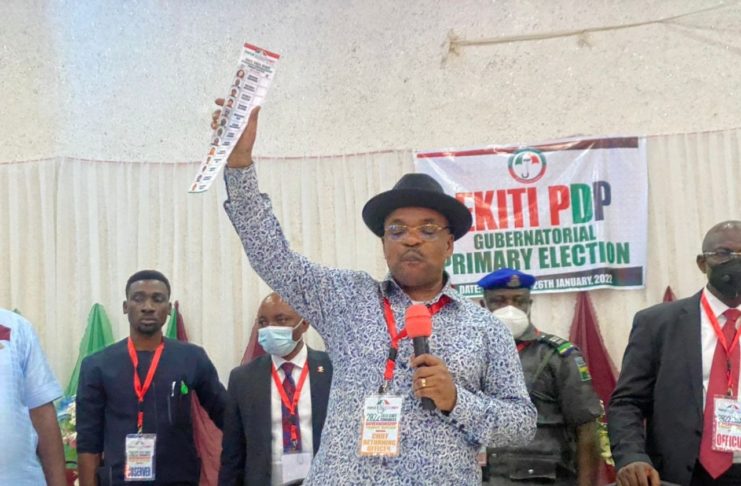 ACCREDITED delegates have begun to cast their votes for their choice in the ongoing governorship primary election of the Peoples Democratic Party (PDP) in Ekiti.

Voting opened shortly after the electoral Chairman Governor Udom Emmanuel addressed delegates and aspirants at the Great Eagle event centre where the election is being held in Ado Ekiti, the state capital.

More than 1000 persons were accredited to vote in an election that is keenly contested by a former governor of the state, two former deputy governors and a serving member of the National Assembly.

Although there were reservations by some of the aspirants, they are adjudged the accreditation exercise to be credible.

However, calm was restored shortly after the intervention of Governor Emmanuel.