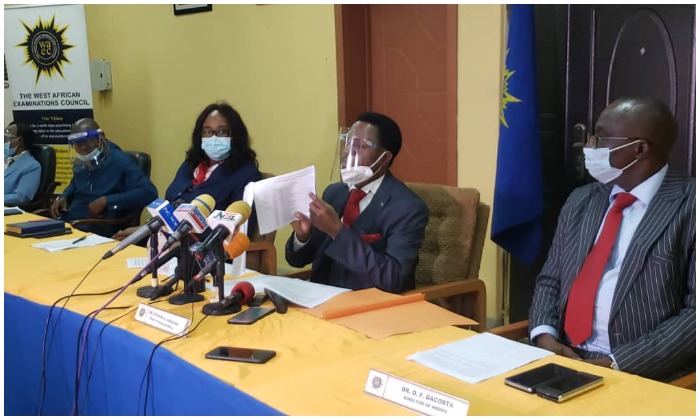 THE federal ministry of Education has ordered the reopening of schools for students in graduating classes starting on August 4.

In a press statement signed by Ben Bem Goong, Director Press and Public Relation, the Ministry  disclosed that final year students in senior secondary schools will have only two weeks to prepare for the upcoming West Africa Examination Council (WAEC) examination scheduled to commence on August 17.

The announcement follows the agreement reached during a virtual meeting between the Federal Ministry of Education, Commissioners of Education , Nigerian Union of Teachers (NUT), proprietors of private schools and the chief executives of examination bodies chaired by Adamu Adamu, the Minister of Education.

The meeting also resolved that a passionate appeal be made to the Federal Government through the Presidential Task Force on Covid-19 and public spirited Nigerians for assistance to schools across the country to enable them fast track the preparations  for safe reopening, as agreed.
“Another meeting is to be convened tomorrow between the Federal Ministry of Education and Chief Executives of examination bodies namely, NECO, NABTEB and NBAIS to harmonise their examination dates, which will be conveyed to stakeholders expeditiously by the Federal Ministry of Education, “Goong said.

It was also agreed that the resumption would come after the sallah celebration to enable the students have two weeks to prepare for the examination.

Adamu Adamu, the Minister of Education had on July 8 said that no Unity School in the country would participate in the scheduled Senior Secondary School Certificate examination by WAEC.

The Minister insisted that none of the schools under his ministry would resume until schools were considered safe for students and teachers.

He however, urged the WAEC  management and the state governments to reconsider their decision to open for exams.

The examination body had earlier announced guidelines for the conduct of its senior secondary school certificate examination amid coronavirus pandemic.

The release of the guidelines by WAEC followed the announcement by Emeka Nwajuiba, Minister of State for Education,  who had earlier said the examination would commence on August 4 across the country.

Patrick Areghan, Head of the Nigeria National Office of WAEC while  releasing the guidelines stated that the examination would hold for five weeks.

After ICIR investigations, Imo govt sets up panel to probe…