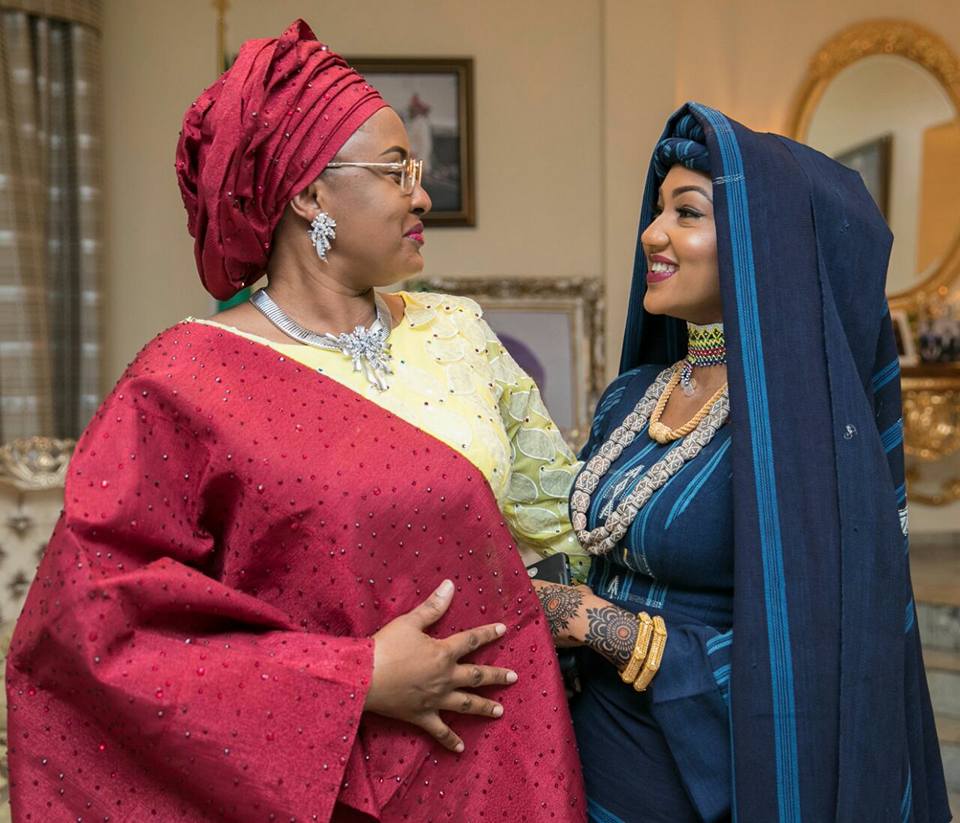 There are the Buharis who are not Buharists. Credit to Nasir el-Rufai, the most recent and most persistent proponent of the term ‘Buharism’, ‘Buharists’ can be used loosely without guilt — in this case to mean the political heavyweights or followers in whose eyes Buhari can do no wrong and must, therefore, never be criticised. As there is still no proof of any ideological struggle underpinning ‘Buharism’, we will have to fall back on el-Rufai to precisely explain the concept. As the former FCT minister said last month, there is “a group of Buharists among governors, ministers…” that “wants to ensure that President Buhari runs in 2019”. But it seems some members of the first family are, knowingly or unknowingly, ‘un-Buharistic’.

Zahra Buhari, President Muhammadu Buhari’s daughter, unsettled the presidency with a late-September Instagram post implicitly accusing the management of Aso Rock clinic of corruption. To be honest, Zahra’s questions, asked with the hashtag StateHousePerSecPlsAnswer, are valid.

“More than N3billion budgeted for the State House clinic and workers there don’t have the equipment to work with? Why?” read the post.

“Where is the money going to? Medication only stocked once since the beginning of the year? Why? State House Permanent Secretary please answer.

“Why isn’t there simple Paracetamol, gloves, syringes… Why do patients/staff have to buy what they need in the state house clinic?”

With the benefit of hindsight, there is real possibility that Zahra was merely providing the voice-over to mother Aisha Buhari’s thoughts, because roughly 10 days after her Instagram outburst, Aisha fell just short of embarrassing Husain Munir, Chief Medical Director (CMD) of Aso Villa Clinic.

At a stakeholder meeting on Reproductive, Maternal, Nutrition, Child Advocacy and Health and Nutrition (RMNCAH), which held at the banquet hall of the presidential villa in Abuja exactly a week ago, Aisha said: “The Nigerian health sector is in very poor state, sorry to say the least. I am happy the CMD of Aso Clinic is here, is here around? Dr. Munir or his representative? Okay, he is around…

“If the budget is N100 million, we need to know how the budget is spent… I’m sure Dr. Munir will not like me saying this but I have to say it out. As the Chief Medical Director, there are lots of construction works going on in this hospital but there is no single syringe there, what does that mean? Who will use the building? We have to be good in reasoning. You are building new structures but there is no equipment, no consumables in the hospital and the construction is still going on.”

On the surface, Aisha appears to be primarily concerned about the “poor state” of the health sector, and secondarily about the clinic’s frivolous spending or possible corruption and misappropriation of funds. The latter will be discussed later but analysing the real motives of the twin outbursts can’t be deferred for a further second.

Although buried in the equipment-versus-drugs criticism, Aisha’s real anger is that she couldn’t access the State House clinic during her illness. Elsewhere in her speech that same day, she gave herself out: “…as you are all aware, Nigeria wasn’t stable because of my husband’s ill health. We thank God he is fully recovered now.

“If somebody like Mr President can spend several months outside Nigeria, then you wonder what will happen to a common man on the street?

“Few weeks ago I was sick as well, they advised me to take the first flight out to London, I refused to go. I said I must be treated in Nigeria because there is a budget for an assigned clinic to take care of us.

“I insisted they call Aso Clinic to find out if the X-ray machine was working, they said it was not working. They didn’t know I was the one who was supposed to be in that hospital at that very time.

“I had to go to an hospital that was established by foreigners in and out 100 percent. What does that mean? If something like this can happen to me, no need for me to ask the governors’ wives what is happening in their states.”

It is obviously fashionable to criticise a government, but lest we’re carried away, Aisha Buhari is fighting for herself, for her “husband”, for the “governors’ wives”. Zahra and Aisha are both fighting for the political elites, not for the masses, some of who are now hailing them for speaking out.

AISHA AND ZAHRA ARE PART OF THE GOVERNMENT

Had the two women been fighting the cause of the hoi polloi, they wouldn’t have waited for the first family’s unsavoury encounters with the State House clinic before speaking out against a government that they’re part of. Since their outbursts, neither Aisha nor Zahra has, for example, visited some of the public health facilities in Abuja, personally or through a proxy, to see how the poor are being shortchanged daily by their government. Neither woman has told us what efforts she made behind the scenes to get the President to investigate the Aso Rock clinic.

Zahra may have tried to explain away her post and why she would rather call out the Permanent Secretary than “ask my father”, but it is still inconceivable that she cannot see the damage to her father’s image. Zahra argues that “the President can’t be at every point… can’t be monitoring everyone’s post”, but it’s the clinic inside the President’s abode we’re talking about here. If Buhari cannot fix the Aso Rock clinic, how on earth will Zahra or Aisha convince the people that he can fix the larger health sector, or even the country itself? Their public upbraid of the clinic is self-indictive, unless they can prove that they tried, but failed, to privately get the presidency to address their complaints, which is itself a dent on the plot of the Buharists to return Buhari to power in 2019.

A previous investigation by TheCable on the difficulty of getting paracetamol or cotton wool at the clinic did not seem to pique the interest of the presidency. But now that Aisha and Zahra have spoken, what will be the President’s excuse for silence?

The combined N3.1billion budgetary allocation to the clinic in 2016 and 2017 is higher than the combined allocation to all the tertiary healthcare centres in the country! A State House clinic richer than all of the country’s tertiary centres cannot be struggling with drugs. Who knows, Buhari may soon set up a probe committee on the clinic. Never mind that the committee’s report may be binned, eventually. If Dr. Munir and Jalal Arabi, the State House Permanent Secretary who oversees the clinic, were worried about the outbursts from Zahra and Aisha, somebody must have told them: “Keep calm, ‘baba’ will do a Babachir again!”