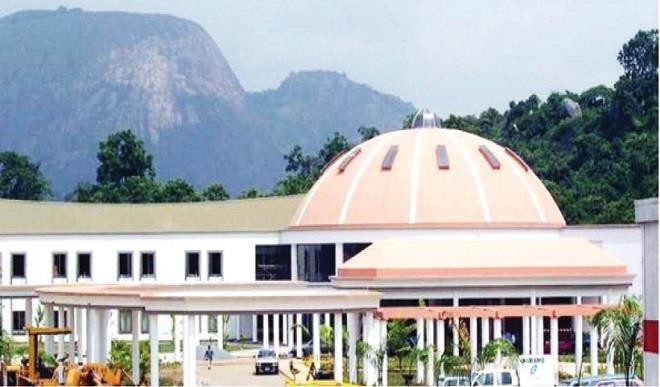 Over the years, it has become a norm, or some unwritten law, for members of the first family in Nigeria to embark on frequent trips abroad to receive medical attention.

This is in spite of the fact that every year, billions of Naira are allocated to the State House Clinic.

On Monday at a stakeholders meeting on Reproductive, Maternal Nutrition, Child Advocacy and Health Nutrition (RMNCAH+N), Aisha Buhari, wife of President Muhammadu Buhari, said that the state hospital could not boast of a single syringe on her visit to the hospital.

Last week, Zahra Buhari, daughter of the president, had purportedly made same observation via her Instagram handle, calling out Jalal Arabi, the Permanent Secretary of the State House clinic, whom she claimed not provide ordinary Paracetamol despite a budget of N331.7million allocated to the state clinic.

Following the comment made by Mrs. Buhari, Daniel Bwala a Legal Practitioner said that the Aso Villa Hospital is “a scam”.

“If a place is called a hospital and it does not have the basics like syringe and hand gloves, you do not have a hospital then, it is a scam,” Bwala said.

He also said that the N3.1billion allocated to the state hospital can be used to construct a world class hospital, depending on the size.

A look at the budgetary allocations to the State House clinic in the last 10 years show that higher percentage of funds has been for the procurement of drugs and medical equipment but this has not translated into improved service delivery.

Every year members of the first family as well as senior government officials travel abroad in search of medical treatment.

Between November 2009 and February 2010, Umaru Yar’ Adua, former President of Nigeria, spent three months outside the country on medical tourism, despite the fact that the sum of N449 million was allocated to the State House clinic in the budget. Sadly, Yar’Adua passed on in May of 2010.

Throughout Jonathan’s tenure, between 2011 and 2015 a total sum of N3.71 billion was budgeted to the State House clinic.

Then enter the change era of President Buhari, who had promised during his campaign to “ban medical tourism by politicians”.

But Nigerians were dealt a rude blow when Buhari announced in February 2016 that he was embarking on a 10-day medical trip to London to treat an “ear infection”.

This is in spite of the N3.1 combined billion budgetary allocation to the State House clinic for 2016 and 2017, higher than the allocation to all the tertiary healthcare centres in the country combined.

Buhari left again in January 2017 and came back in March, spending almost 50 days in what was supposed to be a 10-day leave. Yet again, Buhari jetted off to London in May and returned in August, creating a new record as the Nigerian President that has spent the longest straight days outside the country.

Just last week, the news broke that Anthony Awnukah, Minister of State for Education, is in the United States receiving treatment for an undisclosed illness.

Meanwhile, Nigerian doctors and health workers continually embark on strikes because of non-payment of salaries and poor working conditions. Every year, thousands of newly graduated doctors travel out of the country, to the US and UK especially, in search of ‘greener pastures’, and there seems to be no end in sight to the embarrassment that the Nigerian health sector has become over the years.

Why agric business is no longer attractive to women farmers…