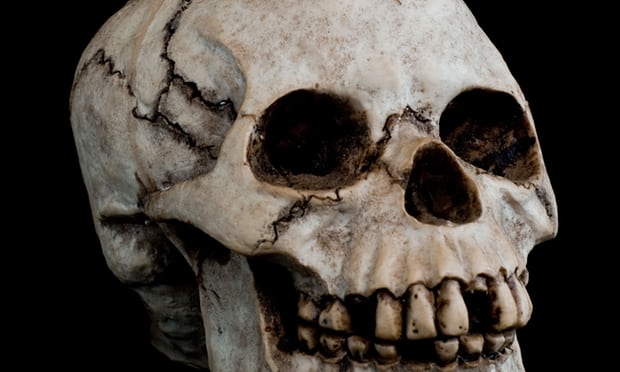 Germany has launched a two-year study to determine the origins of more than 1,000 human skulls, mostly from Rwanda, brought to Europe during the colonial era for racial “scientific” research, AFP reports.

Billed as an important first step to understanding the skulls’ provenance the study could one day lead to their return to east Africa.

“We’re now looking at the circumstances surrounding the origins of these skulls,” said Hermann Parzinger, head of the Prussian Cultural Heritage Foundation, which is leading the project.

“And then, we will decide together with the origin countries what would be the appropriate way [to resolve the issue]”, he added.

The skulls were shipped to Germany by expedition forces around 1907-08 for the anthropologist Felix von Luschan, who was studying human development.

But over the decades – and as Germany lurched into two world wars – the collection was moved into deep storage.

In 2011, Berlin’s Charite hospital finally turned the skulls over to the Prussian Cultural Heritage Foundation, which runs most of Berlin’s museums, libraries, archives and research institutes.

Bernhard Heeb, who is leading the research project, said the skulls were in “very poor condition” when the foundation received them, and years were spent cleaning them, putting fragments together, building up an inventory and sorting them geographically.

Most paperwork documenting the skulls had been lost, and researchers’ best clues were notes written on the bones themselves.

The majority of the skulls are marked as stemming from Germany’s former East African colonies, including 986 from Rwanda, 41 from Tanzania, four from Burundi and 54 others are simply marked East Africa.

“What we will do now is to form a network with our colleagues in Tanzania, Rwanda, Burundi to research the origins of these objects together,” said Heeb.

Rwandan ambassador Igor Cesar said Kigali had been unaware of the human remains until 2016.

“One hundred years have gone by without us knowing about this at all,” he said.

“When one hears 1,000 skulls, the first question is: how come? How could one get 1,000 skulls?,” he said, noting that there were no cemeteries in Rwanda at that time, and that bodies were buried near family homes.

Asked if Kigali would make a demand for restitution, Cesar said it was “too early”.

“The skulls are here, they’re not going to go away. They have waited 100 years. Our interest at the moment is to know the history behind these skulls. And when we know exactly what that is, we will think about how best to deal with it.”

Germany has in recent years handed back 20 skulls belonging to indigenous Namibians.

The skulls were among an estimated 300 taken to Germany after a slaughter of indigenous Namibians during an anti-colonial uprising in what was then called South West Africa, which Berlin ruled from 1884 to 1915.

The skulls gathered dust in the German archives until 2008, when public broadcaster ARD reported that they were still at the Medical History Museum of the Charite hospital, and at Freiburg University in the southwest. The publicity prompted Namibia to seek their return.