2018 Kogi flood disaster worse than that of 2012, says Yahaya Bello 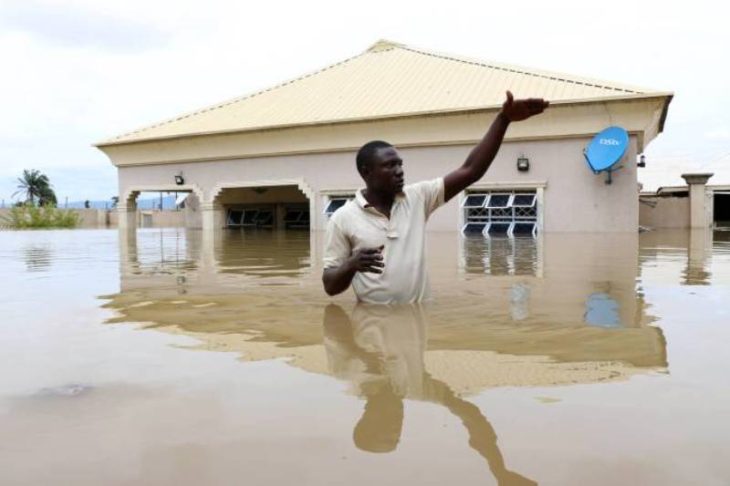 THE confluence State of Kogi suffered another devastating flood disaster over the weekend as dozens of homes were submerged in several parts of the state, including the capital, Lokoja.

Kogi State is called the confluence state because it is the meeting point of rivers Niger and Benue. The state has suffered several flooding disasters in the past, but the recent incident has been described as the worst since 2012.

Governor of the State, Yahaya Bello, told journalists that this year’s flood incident was by far more severe than that of 2012. He called on the federal government to come to the state’s assistance, while also urging those affected by the flood to evacuate to higher grounds.

Reports say Koton-Karfe and Ibaji were among the worst hit local governments, with houses, clinics, churches, mosques, farmland, and even the state High Court, all affected by the flood.

Residents affected by the flood are taking shelter in internally displaced persons (IDP) camps, in the hope that the waters will soon recede.

Unconfirmed social media reports say some lives had been lost as a result of the flooding in Kogi State, but Governor Bello said no casualty has been recorded so far.

Hello African media. Not Florence Hurricane in the US. Worst floods in decades in Lokoja, Kogi State, Nigeria has already killed 21 and left countless homes destroyed. Have you heard of it at all? pic.twitter.com/EdFmtlFdHZ

This is coming few days after hundreds of communities were sacked by flood across several local government areas in Niger State. Almost all the States in Nigeria have experienced flooding disasters, but some states had less severe experiences than others.

Outside Nigeria, the States of North and South Carolina in the United States of America have also witnessed severe flooding, caused by a power storm nicknamed ‘Hurricane Florence’. The situation has left millions of persons without electricity, while several thousand others have bee evacuated from their homes. At the last count, 17 persons have been reported in the disaster.

Similarly, the Philippines, Hong Kong, and China all witnessed hurricane-induced floodings over the weekend, resulting in loss of several lives and destruction of property. Also in the United Kingdom, authorities have placed the citizens on a high alert about an impending storm, termed ‘Hurricane Helen’, which is expected to happen within the next 24 hours.

Adeosun-gate: James, Salisu … other public officials not so lucky to go scot-free with forgery