2023: It is the turn of the South to produce Nigeria’s President – Akeredolu

Politics and GovernanceElections
Nurudeen AKEWUSHOLA
May 3, 2022 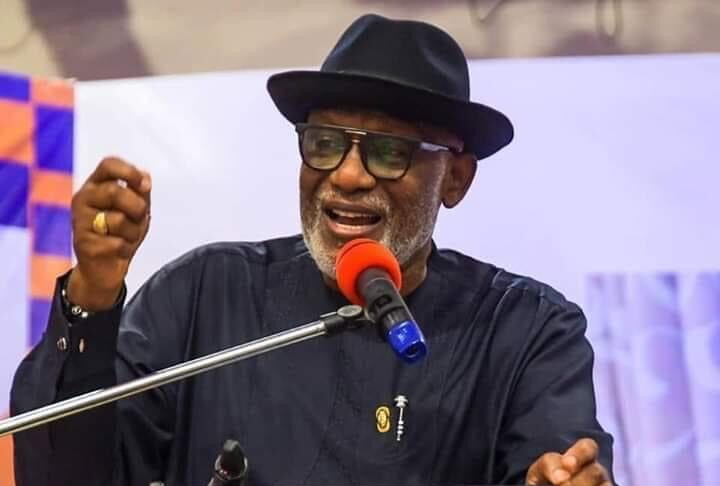 ONDO State governor Rotimi Akeredolu has insisted that it is the turn of the Southern part of the country to produce Nigeria’s next president in the 2023 general elections.

Akeredolu, in a statement posted on Twitter, urged the leadership of the All Progressives Congress (APC) to ensure that its decision on the party’s presidential primary election is guided by the principle of rotational representation in order to achieve peace and unity.

“It is the turn of the Southern part of the country to produce the next President. The party leadership should have no difficulty in making pronouncement on this very important issue, just as it has fixed various fees for the purchase of forms.

“This must be done without delay. The principle of Federal Character is enshrined in the 1999 Constitution, as amended. It will be disingenuous for anyone to argue against rotation at this period,” Akerodolu said.

The governor noted that zoning the presidential ticket to the South will prevent a crisis which has the tendency of causing distrust within the party.

“The current democratic dispensation is anchored on the unwritten convention driven by a principle of equity. Political expediency dictates, more appealingly, that while adhering to the spirit and letters of the laws guiding conduct of elections and succession to political offices, we must do nothing which is capable of tilting the delicate balance against the established arrangement which guarantees peace and promotes trust.”

Akeredolu who described his stance as a thread to equity noted that just as the chairmanship of the party was zoned to the North, the same must be done for presidential ticket to ensure equal representation of every part of the country.

“The leadership of the party ensured that the principle of rotational representation guided its decision at the just-concluded Convention. The party Chairmanship position has gone to the North. All other offices have been filled on this understanding. This is the time the leaders of the party must make a categorical statement, devoid of equivocation, on the pattern of succession.

“The party Executive Committee has fixed a fee for the purchase of the nomination form for the office. It is expected, fervently, that it will proceed to complete the process by limiting the propensities for disagreement to a region for possible micro-management. It is very expedient that we avoid self-inflicted crises before the general elections.

“We must not keep our party men and women guessing on the position of the leadership of the party. This is the time to weigh in and take control of the process. No statement must suggest, even remotely, that the party harbours certain sentiments which may predispose it to consider throwing the contest open. This is certainly not the time for equivocation. Equity dictates that we take a stand,” the governor added.

Chat us on WhatsApp
Advertisement
Previous articleDrug baron, Ukatu, imported N22bn worth of Tramadol in one month – NDLEA
Next article2023: Eight of Nigeria’s 36 governors eye presidency