IN defending why it restricted accounts of some of the #EndSARS protesters, Access bank, the financial institution responsible for suspending accounts of eight protesters, has said it was compelled to comply with regulatory directives.

In a statement signed by Access Bank management and released on Friday, the bank said it was sympathizing with its customers whose accounts have been restricted following the directive from Central Bank of Nigeria (CBN), adding that it was hoping to help resolve the matter as soon as possible.

“We want to express our sympathy for the inconvenience that eight of our customers are going through due to the restrictions on their accounts as mandated by a Federal court order. We are eager for this to be resolved as soon as possible.

“It is common knowledge that we and the entire banking industry are regulated entities and therefore operate under the authority of our regulators and law enforcement agencies. As such we are compelled to comply with regulatory directives,” the statement read in part.

This is coming on the heels of Nigerians on social media calling for a boycott of the bank. A Twitter user identified Farida Adamu announced her plan to close her account with the bank. 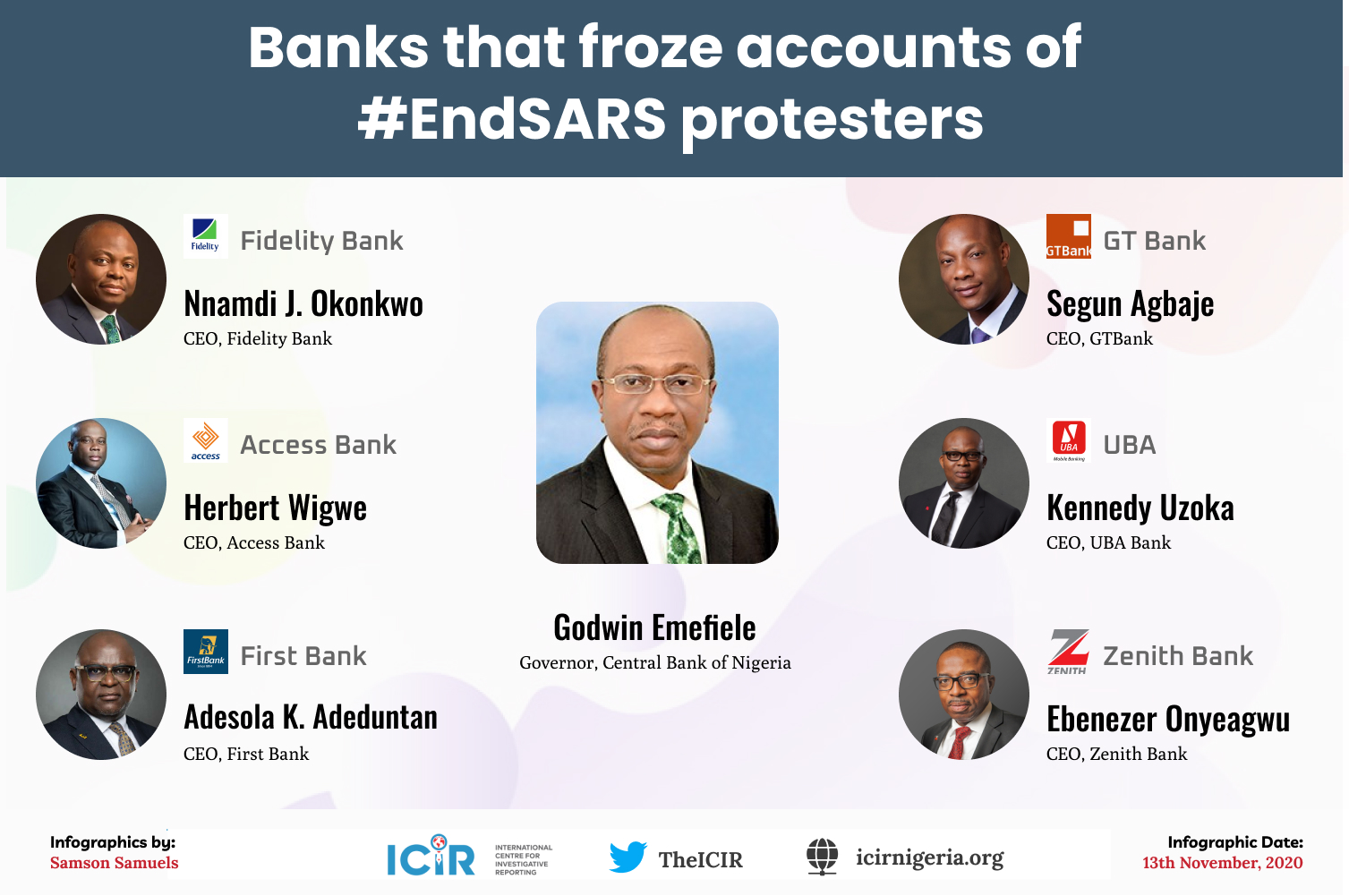 “I will start the process of closing my account with Access Bank tomorrow, and I’m asking all of you who have accounts with them to please #BoycottAccessBank Young people died because they were cut off from medical help due to the actions of this bank. We cannot allow this stand,” her post which has garnered nearly a thousand likes and over 1,500 retweets read.

Another Twitter user identified as Gimba Kakanda said: “Shame on you, myaccessbank, for being a willing tool of oppressing #EndSARS campaigners who have accounts with you. You froze these customers’ accounts even before that midget tyrant at CBN, Godwin Emefiele, presented a court order. I support this call to #BoycottAccessBank.”

Several posts on Twitter had criticised the action taken by some Nigerian banks against champions of #EndSARS protests on the order of CBN, which acting against the law restricted the bank accounts of 20 citizens involved in the protests.

The CBN had in the second week of October frozen bank accounts #EndSARS protesters, at least a week before getting an ex parte order from a Federal High Court in Abuja to do so.