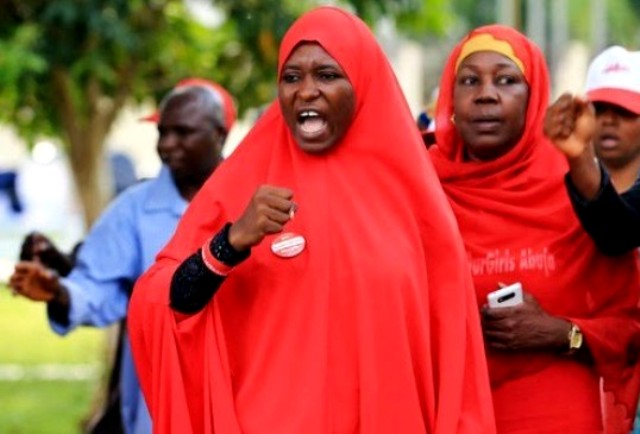 Aisha Yesufu, co-leader of the Bring Back our Girls (BBOG) group, says President Muhammadu Buhari, who led a peaceful protest against the Goodluck Jonathan administration, cannot turn around and ban protests now that he is in power.

Yesufu and other members of the BBOG group expressed their opinions on twitter, in reaction to the continued police harassment and intimidation against the group.

Policemen used teargas to disperse the BBOG campaigners on Monday at the Unity Fountain, Abuja, where the group usually holds its daily sitouts.

Yesufu recalled that Buhari, prior to the 2015 general election, had gone to court to challenge the decision of the police to ban peaceful protests, but is now using the same police to stop the BBOG from holding their daily sit-outs.

“The same President Muhammadu Buhari that took the Nigerian Police to court for stopping his peaceful protest and got a judgement that police have no right to give permission (and that) only a notification to them was required for protest, is the same person using the police to shut down protesters,” Yesufu tweeted.

“Dear President Muhammadu Buhari, the right you had is the right we have. No Nigerian is more Nigerian than any Nigerian.”

Dear President Muhammadu Buhari @MBuhari
The right you had is the right we have.
NO NIGERIAN IS MORE NIGERIAN THAN ANY NIGERIAN

“What are we demanding? Bring back our girls NOW and ALIVE. What are we asking? The Truth. Nothing but the truth,” Yesufu tweeted further.

“We stay demanding. We continue to fight for justice.

We were attacked by @PoliceNG
We did not raise our hands. We are guided by our @BBOG_Nigeria core values#BringBackOurGirls pic.twitter.com/Z29bsG7Qsp

Chimamanda will lead women to ‘hell’