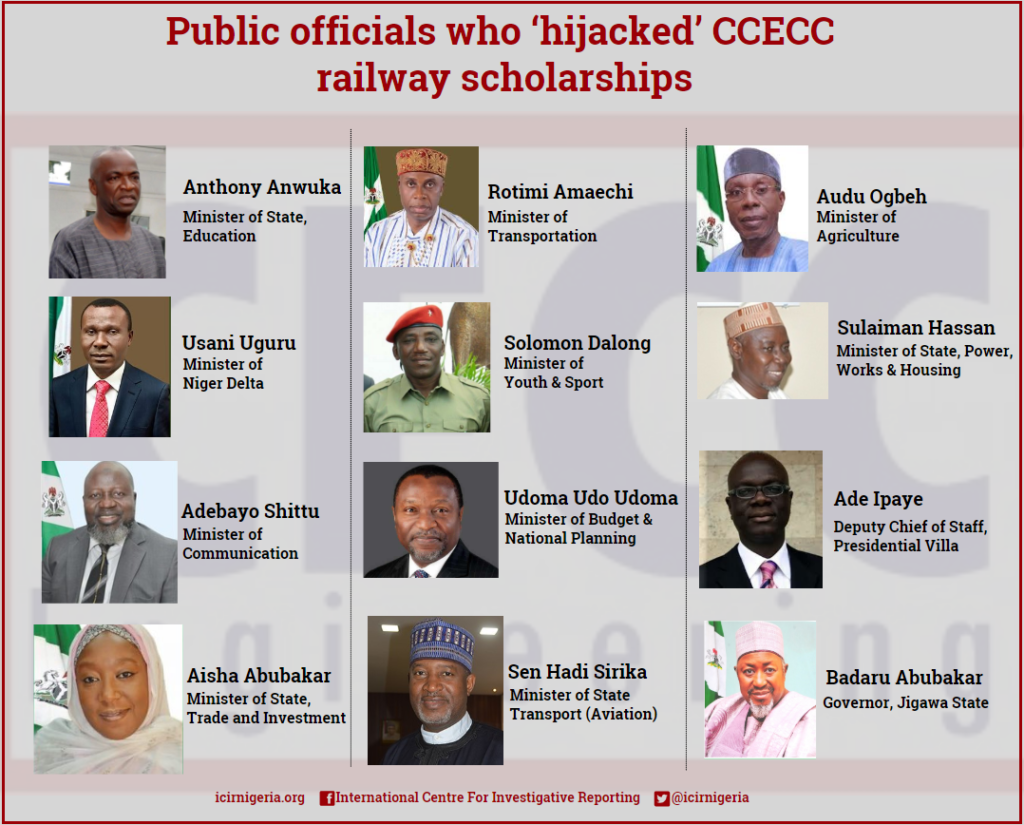 ROTIMI Amaechi, former Governor of Rivers State and current Minister of Transportation, Solomon Dalung, Minister of Sports, and Audu Ogbeh, Minister of Agriculture, are some of the ministers that hijacked a scholarship opportunity offered by a Chinese construction company for ordinary Nigerians.

However, instead of making the offer open for interested candidates to apply, the ministry of transportation contacted ministers and top government officials asking them to nominate candidates for the scholarship. But somehow, the information was leaked and found its way to the social media. 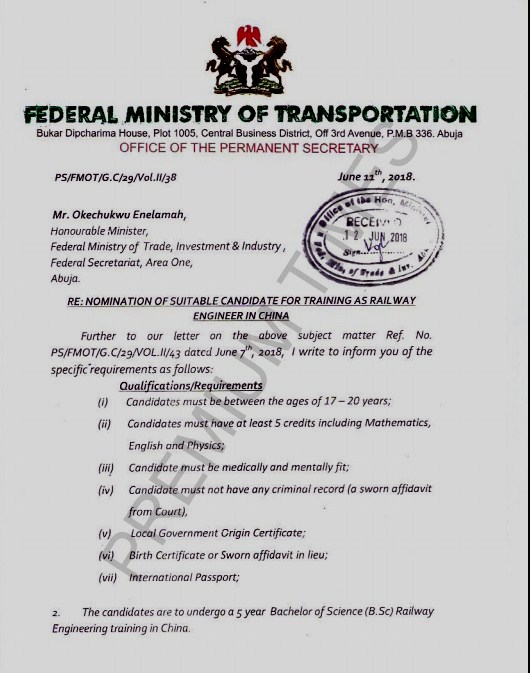 Consequently, interested candidates thronged the Ministry of Transportation with their applications, but they were told there was scholarship application going on.

Sabiu Zakari, Permanent Secretary at the ministry of transportation, even issued a statement to that effect, saying that “the ministry never placed any advert on sponsorship of candidates to China for Railway Engineering course in the media”.

But journalists obtained documents showing that Zakari lied and that ministers were contacted to nominate names for the scholarship opportunity that was offered by CCECC.

Premium Times also obtained copies of the list of the candidates that had already been selected by CCECC for the interview. Each candidate’s was listed alongside the government official that nominated him or her.

“Only the persons whose names were on the document were allowed for the interview at the firms’ office in Abuja,” the newspaper reported.

When contacted, many of the media aides to the affected ministers either feigned ignorance of the matter or refused to comment.