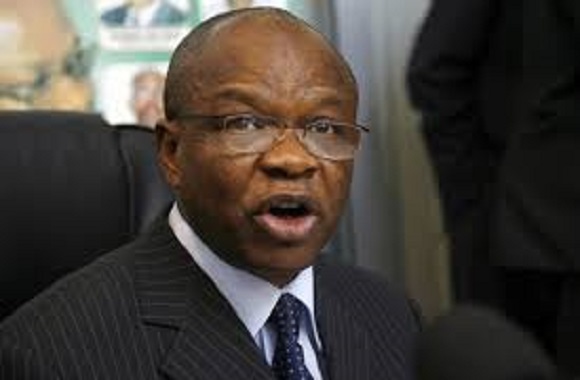 A Nigerian scientist, Maurice Iwu, has said that finding a cure for Ebola lies in maximising the potentials of antiviral drugs used in the treatment of HIV and malaria which have shown potency against the disease.

Iwu, a professor of Pharmacognosy and former chairman of the Independent National Electoral Commission, INEC, whose experiment on Ebola came to limelight again in August 2014 during the Ebola outbreak in Nigeria, said if such drugs had been given the required attention and funding, the problem of Ebola would been largely solved.

Sadly, he said, no one wants to give such drugs attention because it will not attract much funding.

Iwu, who stated this position while delivering a keynote address at the exposition of Nigerian herbal medicine, HerbFEST, in Lagos, cited a certain Liberian doctor who used an anti viral drug successfully to treat Ebola.

“Dr.  Gobee Logan of Liberia successfully treated 13 out of 15 EVD patients with the drug, Lamivudine. Survivors received Lamivudine within five days of onset of EVD and two patients who did not recover took the drug between 5 – 8 days,” Iwu said.

Some of the antiretroviral drugs include Azidothymidine, Lamivudine, Zidovudine, Nevirapine, Tenofovir and Tipranavir.

Another interesting revelation from Iwu is the use of Chloroquine, a drug in treatment of malaria, as effective against EVD in vitro.

Explaining the kinetics of the drugs, Iwu posited that it has been found to have direct antiviral effects, inhibiting the replication of several viruses including members of the flaviviruses, retroviruses, and coronaviruses.

He said further that Chloroquine has a modulatory effects on the immune system by suppressing the production/release of a factor that causes inflammation of cells in most viral diseases including Ebola.

“You can try it yourself, that is the beauty of science”, he authoritatively challenged the other scientists listening to his address.

Iwu, who is also the executive director of the Bioresources Development and Conservation Programme, in 1999 found that bitter kola hinders the multiplication of Ebola virus cells during an experiment carried out in a laboratory test tube but he did not pursue the research.

He, however, gave reasons why he didn’t continue in the experiment.

“There is no way anybody can work on Ebola without a BSL (Biosafety) level 4 laboratory. And at that time, there was none in Nigeria and the whole of West Africa. Secondly there was no interest in a disease that happens only once in a while,” he said.

BSL level 4 labs is a lab that has the highest level of bio-containment precautions required to isolate dangerous biological agents.

Although, the former minister of Health, Onyebuchi Chukwu, had debunked the claims that bitter kola works against Ebola, Iwu maintained that as a scientist, his duty is to make scientific recommendations.

“As a scientist, I have done my work, I didn’t really care whether they accepted it or not,” he said. Whilst also asserting that the work on bitter kola has not been his exclusive preserve, as over 133 other scientists all the world have published similar findingsabout the fruit.

Iwu told the icirnigeria.org that the research committee is still ongoing, but he insisted that he cannot speak authoritatively on its progress as that is the prerogative of the health minister.

“I can only talk of what we are doing in Bioresources,” he said, adding, “we signed a cooperative research agreement with the U.S. National Institute of Allergy and Infectious Diseases on September 5th 2014, to examine some compounds for activity against Ebola.”

According to him, a private sector led International Network for Drug Development Against Ebola, has been established for the clinical evaluation of Favipiravir, the development of Chloroquine and related compounds and the further development of bitter kola (Garcinia kola).

There is also the existence of a joint project with NIH, on the evaluation of experimental vaccine and collaboration with Beijing Institute of Biotechnology for the Co-Development of a Chinese vaccine.

Some good news came in the search for a vaccine to deal with the Ebola disease as scientists in the U.S. announce this week that the first human trials of an experimental drug had “produced promising results.”

Scientists working at the National Institute of Health, NIH, reported that all twenty healthy adults who received the experimental vaccine produced an immune response and developed anti-Ebola antibodies without any observable serious side effects except a couple of trial subjects who developed a brief fever within twenty-four hours of vaccination.

The vaccine project is a collaborative project between GlaxoSmithKline, the British pharmaceutical giant and the National Institute of Allergy and Infectious Diseases, NIAID, an arm of the NIH.

According to the WHO, death toll on Ebola is now 5,459, while over 15,000 people have been infected since the recent outbreak about nine months ago.

Although Nigeria was declared Ebola-free on October 20, after the first reported case on July 20, the country is still at risk as the disease ravages other West African countries such as Liberia, Guinea and Sierra Leone.