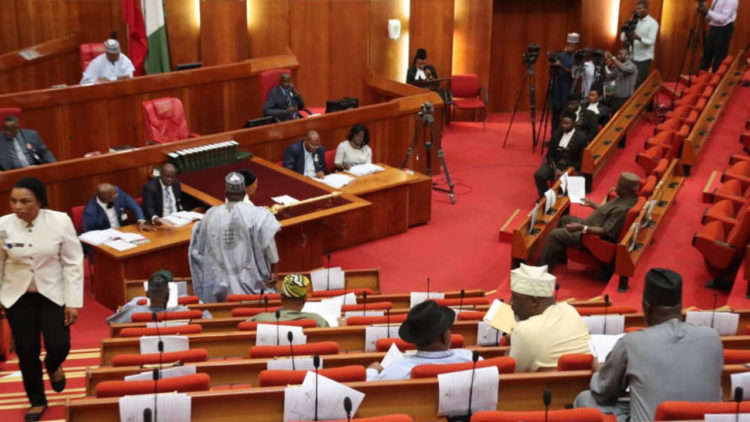 THE Minority Leader of House of Representatives, Ndudi Elumelu, has said the impeachment process commenced against President Muhammadu Buhari in the National Assembly is supported by some All Progressives Congress (APC) lawmakers.

Peoples Democratic Party (PDP) senators moved to impeach Buhari on Wednesday over failure to tackle security challenges in the country but the motion was blocked by Senate President Ahmad Lawan.

Elumelu spoke on the impeachment moves after a meeting of the National Assembly PDP Caucus in Abuja on Thursday.

At the meeting, the PDP Caucus in the House of Representatives officially joined its Senate counterpart in issuing a six weeks ultimatum to the President to address worsening security challenges in the country or risk impeachment.

Elumelu revealed that the impeachment process that was started by the minority members of the National Assembly has support across party lines.

“I want to join my colleagues that upon expiration, we will prefer ways of ensuring we will gather all the signatures.

“Let me make it clear, for those who are thinking it is an issue of only PDP or Minority Caucus, no, many of our colleagues, under the bipartisanship – all of them are affected. Many of them. So, they may not be speaking but we will be speaking for them.

“We are asking Mr President to address the insecurity in this country within six to eight weeks unless we will find the constitutional means to ensure that we will serve him impeachment notice,” he said.

This is coming after the Presidency on Wednesday described the impeachment motion by minority members of the National Assembly as “bravado” and “flippant ultimatums”.

Special Adviser to the President on Media and Publicity Femi Adesina, who dismissed the impeachment, said the motion will not sail through.

“They will have their say as is needful in a democracy but it will not go beyond that”.

To commence the process, the notice must be signed by one-third (1/3) of the members of the National Assembly.

Section 143(2) of the constitution provides that “whenever a notice of any allegation in writing signed by not less than one-third of the members of the National Assembly.

The motion must also get the approval of two-third (2/3) members of each chamber before an investigation could be launched.

Sinafi Omanga is a journalist with The ICIR. His Twitter handle is @OmangaSinafi and Email: [email protected]

Chat us on WhatsApp
Advertisement
Previous article
Nigeria’s aviation system set up to threaten airlines – Ibom Air COO
Next article
ANALYSIS: Nigeria’s jailbreaks point to a prison system out of step with reality