THE candidate of All Progressives Congress (APC), David Lyon has won the governorship election in Bayelsa, defeating his close rival Douye Diri, candidate of the Peoples Democratic Party (PDP) in six out of eight locals government areas of the state.

Since return of democracy to Nigeria in 1999, this is the first time Bayelsa State is falling out of the hands of PDP.

According to the results announced by the Independent National Electoral Commission (INEC), APC polled 352,552 while PDP secured 143,170 votes, leaving a margin of 209,382. 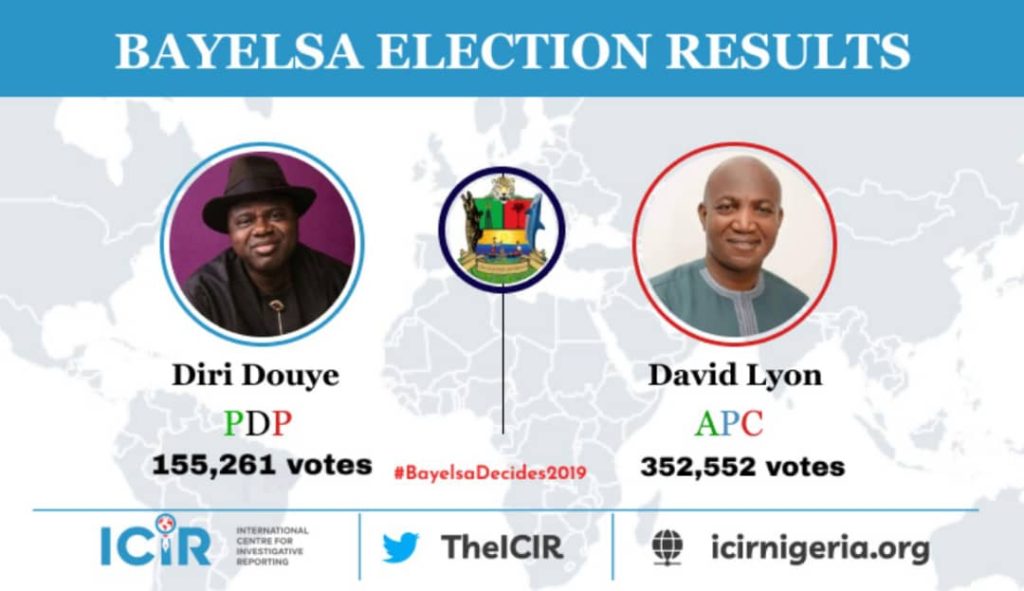 INEC Chief Returning Officer, Faraday Orumwense, on Monday announced that Lyon is the winner of the election after polling 352,552 votes to defeat Diri, who polled 143,172 votes.

APC’s Lyon won in Nembe; Ogbia, Southern Ijaw, Ekeremor and Yenagoa while the PDP won in the Sagbama and Kolokuma/Opokuma local government areas.